The 19th century Welsh missionary’s cross-cultural approach enabled him to spread the gospel as a scholar, humanitarian, and educator.
Andrew Kaiser

When Welsh missionary to China Timothy Richard died in his London home on April 17, 1919, he was mourned by people across the globe. Political leaders and believers in the pews in both China and the West grieved the loss of “one of the greatest missionaries whom any branch of the Church, whether Roman Catholic, Russian Orthodox, or Protestant, has sent to China,” as dubbed by Kenneth Scott Latourette, the 20th-century scholar of Christianity in China.

Timothy Richard was born into a Baptist family in rural Wales in 1845 and was baptized during one of the mid-century revivals. He received his personal call to mission during a sermon on 1 Samuel 15:22, “To obey is better than sacrifice,” and shortly after enrolled at the Baptist College in Haverfordwest.

Richard quickly identified China as his destination, convinced that “being the most civilized of non-Christian nations,” China would be able in time to carry the gospel to the other “less advanced nations.” He originally applied to serve with Hudson Taylor’s brand new China Inland Mission, but with Taylor’s encouragement, he chose to stay with his own denomination. Richard joined the English Baptist Missionary Society and arrived in China in 1870.

Over the course of the next 45 years, Richard’s missionary career expanded to include a remarkable breadth of endeavor. During the devastating North China Famine (1876–1878), Richard was asked to spearhead missionary famine relief efforts that saved the lives of over 150,000 people in Shandong and Shanxi provinces. Richard remained in Shanxi after the devastation, establishing schools and orphanages with vocational training programs to support the local recovery efforts.

Richard’s famine relief efforts produced some of the first Protestant believers in Shanxi and opened the province to missionary work—with Richard organizing the different mission societies to distribute Scripture portions across the entire province. He was determined to avoid any future famines, using scientific lectures and publications to open the eyes of local elites. His efforts to introduce them to the gospel led to the conversion of Xi Shengmo, the once opium-addicted scholar known today as Pastor Hsi.

In 1892, Richard began serving as the director of the Christian Literature Society for China. Through the society’s many publications, Richard introduced China’s young scholar-officials to Christianity, science, and the modern world, directly influencing the course of China’s modernization and political reform at the turn of the century.

In the summer of 1900, discontented Chinese young people in the grips of poverty, oppression, and superstition ravaged Northern China in what later became known the Boxer Uprising. Called Boxers because of the martial arts used in their rituals to make them invincible to bullets, these armies of frustrated young men from the countryside targeted foreigners and their foreign religion—as well as local people who had embraced Christianity. In just a few short months nearly 200 foreign missionaries and thousands of Chinese Christians were killed.

Shanxi had been particularly violent, and local officials called on Richard to help negotiate a settlement with the various missionary groups. Richard convinced each of the societies that lost lives and property in Shanxi that summer to set aside their compensation claims and to instead accept money from the provincial government that Richard then used to establish the Imperial University of Shanxi, one of the first modern universities in China. It was Richard’s hope that modern education would remove the superstition that contributed to the Boxer violence, prevent future famines in the province, improve the local economy, and advance the spread of the gospel in Shanxi through the equipping of local evangelists. 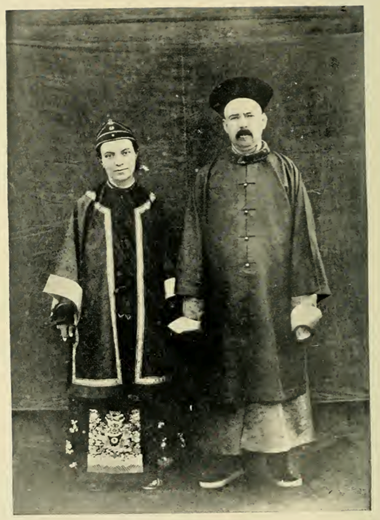 Richard received multiple honors and awards in China and the West for all these accomplishments. Of course, like all missionaries, he remained stubbornly human: His boldness and confidence carried with it a strong personality that led to conflict with his colleagues in the Baptist Missionary Society and other mission agencies as well.

Richard’s evangelistic concern for Chinese elites, his commitment to contextualization, and his lack of interest in theologically precise language (Richard was always more passionate than accurate in his communications) caused him trouble toward the end of his ministry. To this day, many scholars interpret Richard’s unique readings of certain Chinese Buddhist and sectarian religious texts as evidence of a supposed turn toward universalism in his latter years in China.

It is easy when reading about Richard the humanitarian, religious scholar, publisher, educator, and political influencer to lose sight of Richard the missionary—and yet this was how he chose to identify himself. While historians remain interested in Richard’s role in these grand events from the past, the church today needs to hear from Richard the missionary. Three distinctives of Richard’s approach to cross-cultural mission particularly deserve to be remembered.

First, Richard placed great emphasis on adjusting his life and his evangelistic efforts to better suit Chinese culture. Richard understood that God loved Chinese people as Chinese people and that their conversion did not require them to cease being Chinese. Speaking to the General Conference of the Protestant Missionaries of China at Shanghai in 1890, Richard made his intentions clear: 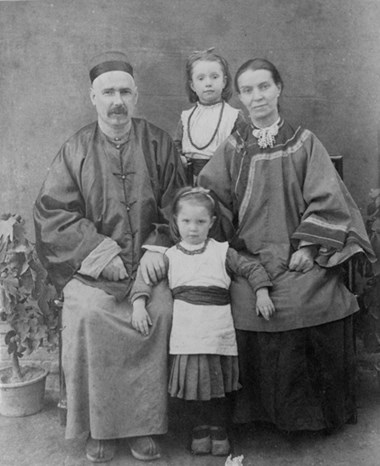 Richard worked hard to understand the local culture and language, shifting his missionary methods away from the patterns and preconceptions of the Wales of his youth and re-centering his practice of mission around the Chinese cultural experience. He chose to dive deep into the local culture in order that the gospel might be rooted in the hearts of Chinese people. This indigenizing impulse, complete with its rebuke of the missionary’s innate sense of cultural superiority, is as vital to gospel success today as it was during Richard’s time.

Second, when the North China Famine began to take the lives of Richard’s friends and neighbors in the remote interior of Shandong, he did not ask whether or not humanitarian work was a legitimate part of missionary endeavor. One day, as incidences of violence borne of desperation surged all around him, Richard was urged by his Chinese colleagues to flee to the safety of the coastal cities. He spent the night in prayer:

Here was the crisis. Should I go away to save my life, or should I remain to do what I could at all risks? Had many of these poor people any more sin than I, that they should perish and I should live? I vowed that night that I would share the last I had before leaving them, and then would only go away to seek for further help. God seemed to accept the vow.

This personal insight soon grew into a conviction that the kingdom of God had relevance and authority in this life as well as in the next—a belief that was confirmed when Richard witnessed the evangelistic power of his humanitarian efforts. As starving men, women, and children across North China were fed, they not only heard the gospel but also personally experienced the love of Jesus in action. This practical witness formed the foundation of the Protestant church in Shanxi. Would that our churches were filled with Christians who, like Richard, not only speak the gospel but also demonstrate its worth with their deeds.

Finally, all these experiences strengthened Richard’s sense of identification with his Chinese neighbors, producing in him a powerful determination to develop explicitly Chinese churches. When Richard left the coast of Shandong with its large population of foreign missionaries to live and work on his own in the interior of the province, he decided from the beginning to encourage new converts to gather for worship in their own homes rather than meeting in a central church under his pastoral leadership. Monthly visits to the Christians in the surrounding villages allowed Richard to identify those with natural leadership abilities, whom he then trained in Christian discipleship.

Richard explicitly adjusted his understanding of church, worship, evangelism, and the discipleship process to make room for distinctly Chinese expressions of Christianity. Richard was amazed at the faithful response of these new Chinese believers:

The instances of zeal and devotion and consecration of many of these Christians, not only in enduring persecution with patience, but in devoting their time and property, leaving their farms and their shops, and sometimes selling their very land in order to have means to go about to preach the Gospel, are simply astounding.

The freedom granted local Christians to find their own expression of Christianity produced an enthusiasm and a sense of commitment that yielded further gospel fruit. In our era of global Christianity, Western Christians would do well to follow Richard’s example, recognizing that not every church must look like ours.

Richard the missionary deserves to be remembered by the Western churches still committed to the Great Commission, by the dynamic churches of the majority world mobilizing for mission, and most importantly by the new generation of Chinese Christians who are now retracing Richard’s footsteps in reverse. In his many writings, Richard anticipated with the eyes of faith that China would experience an age of “conversion by the million,” a notion dismissed by most as a romantic dream, something only possible if conversion was reduced to something this worldly and very much human.

One hundred years later, Richard’s dream is a reality and the world is still marveling at the miraculous, rapid growth of the Chinese church. The one million believers that existed in China at the time of Richard’s death expanded dramatically over the last century. Today even the most conservative estimates count 60 million Christians in China, with some placing the total population of Christians within China in excess of 100 million believers—a population many expect to become the greatest global evangelistic force since Richard’s days during the golden era of Western missionary expansion.

May today’s Christians from around the world follow Timothy Richard’s example from 100 years ago by taking cultural differences seriously, demonstrating the compassion of Christ, and devoting themselves to the growth of faithful local churches wherever God calls them.

Andrew T. Kaiser is the author of Encountering China: The Evolution of Timothy Richard’s Missionary Thought (1870–1891) and The Rushing on of the Purposes of God: Christian Missions in Shanxi since 1878. He and his family have been living in China since 1997, providing professional services and public benefit projects.