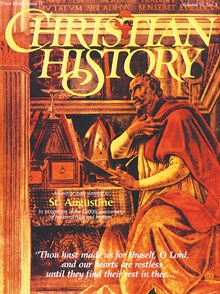 February 19, 843: Empress Theodora reinstates icons once and for all in the Eastern churches, effectively ending the medieval iconoclastic controversy. A council in 787 had allowed the veneration of icons, but opponents of images still controlled most of the government and much of the church leadership. The controversy continued, however, and was one of the reasons for the Great Schism between Catholics and the Orthodox in 1054 (see issue 54: Eastern Orthodoxy).

More from February 19
Most Popular
Give Today
Christianity Today strengthens the church by richly communicating the breadth of the true, good, and beautiful gospel.
Learn more
© 2020 Christianity Today - a 501(c)(3) nonprofit organization.