It's being much-mentioned and much-lauded during all the millennial celebrations, but what, really, is this Christian faith that's so unfamiliar to most Western Protestants? Here's an introduction.
Alexander Melnyk

The Eastern Orthodox faith is at the center of many of the millennial celebrations, but to many of our readers—specially the Western Protestants—it may be a mysterious, unknown quantity. This article provides a Ukrainian Orthodox adherent’s introduction to his faith, including distinctives in worship and theology.

To most western-hemisphere Protestants, the Eastern Orthodox Church—despite so many media-hyped millennium celebrations revolving around it—is still very much a mysterious unknown, a phenomenon almost altogether outside their experience. So let us take a short comparison-and-contrast journey into what is the oldest continuous Christian tradition in the world.

At the outset we can discern at least one basic difference between Eastern Christianity and most of Western—their differing uses of the word orthodoxy. Whereas for the Western church the word has come to be almost exclusively associated with correct doctrine, for the Eastern church orthodoxy includes correct doctrine but is inextricably rooted in—and invariably grows from—correct worship. Thus to keep our journey properly oriented, we will make frequent reference to the primary compass-point of Orthodoxy-proper worship.

The God We Worship

The Orthodox, like most Roman Catholics and Protestants, worship the triune God of the Scriptures. Orthodox prayers are offered to God the Father, Jesus, God the Son, and to the Holy Spirit. During worship assemblies, the members’ frequent making of the sign of the cross “in the name of the Father, of the Son, and of the Holy Spirit” is an ongoing reminder of the Trinity.

The Orthodox see the doctrine of the Trinity as so significant that, each year in January, ... 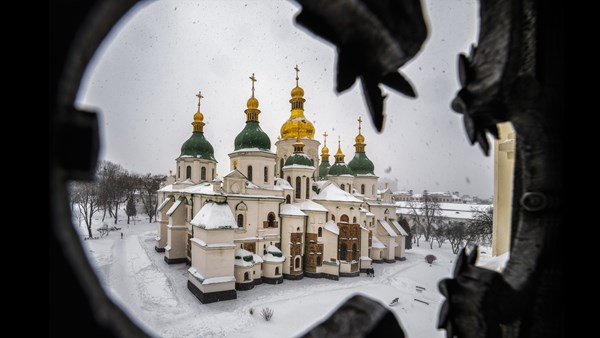