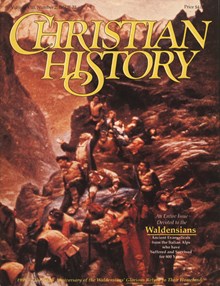 March 29, 1139: In the bull "Omne Datum Optimum," Pope Innocent II grants the Templars "every best gift" and makes them an independent unit within the church. Created to protect pilgrims from bandits in the Holy Land, the Templars rose in influence and wealth and eventually earned the jealousy of other Christians (see issue 40: The Crusades).

More from March 29
Most Popular
Give Today
Christianity Today strengthens the church by richly communicating the breadth of the true, good, and beautiful gospel.
Learn more
© 2020 Christianity Today - a 501(c)(3) nonprofit organization.