Issue 55 : The Monkey Trial & the Rise of Fundamentalism 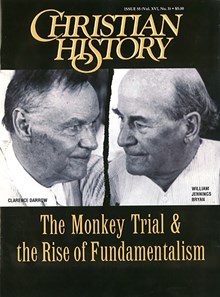