With two popes, then three, vying for power, more was at stake in Constance than Jan Hus.
Peter E. Prosser

The trouble started when Pope Gregory XI died in 1378. One year earlier, he had returned the papacy to Rome after 68 years of "Babylonian captivity" in Avignon, France. The shift made Italians happy but enraged the French, putting the cardinals charged with choosing Gregory's successor in a very tight spot.

Or maybe the trouble started even earlier. The opulence of the papal court at Avignon had alienated many Catholics. As the abbots of the church in Cologne stated publicly in 1372, "The Apostolic See has fallen into such contempt that the Catholic faith in these parts seems to be seriously imperiled."

King Edward III of England was even more caustic: "The successor of the Apostles was commissioned to lead the Lord's sheep to pasture, not to fleece them."

So the church's problems were obvious. The solution proved elusive.

Because the papacy had been based in France for so long, by 1378 a disproportionate number of French cardinals had been created. Their inclination toward another French pope was stifled, however, by the rioting crowd outside the conclave in Rome. The cardinals took a quick vote and elected an Italian who took the name Urban VI. Then they ran for their lives.

Urban VI turned out to be impetuous and despotic, and the cardinals who had elected him promptly repented of their choice—especially after Urban turned on them. He told one cardinal to "shut up his ceaseless chatter." He called another a "blockhead" and humiliated him in front of his colleagues.

Angry and bitter, the French cardinals called another conclave and elected a second pope (or, according to Roman Catholics, an anti-pope), Clement VII, saying that Urban's election had been forced by the Roman mob. Clement, Swiss by birth, ... 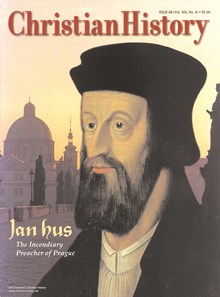