Home > 2015 > August
Church & CultureAugust 14, 2015
When Hollywood Goes to Church: 18 Stereotypes
A lighthearted look at what we've all learned about church and the ministry from TV and movies.
by Karl Vaters 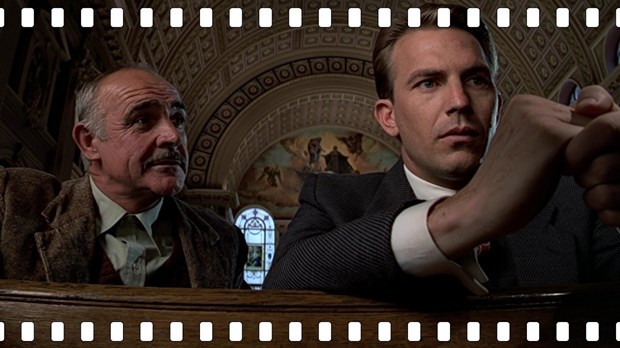 Pastors are used to being misunderstood. It goes with the job description.

But what if the only "facts" we knew about churches and pastors were what we saw on TV and the movies?

Hollywood has been telling stories that include churches and pastors for almost a century. You'd think they'd get it right by now. I'm still waiting.

Not only do they keep getting it wrong, they regularly get it really wrong. Laughably wrong. What-in-the-world-were-they-thinking wrong.

Hollywood doesn't even get the everyday church stuff right. The things every nominal church attender knows.

It's probably just as frustrating for cops, doctors and soldiers to see how the media portrays them. The same goes for lawyers, teachers and nuclear power plant employees (d’oh!).

So I'll give the media a pass on the inner workings of a minister's life. You can't know that unless you've done it.

But Hollywood doesn't even get the everyday church stuff right. The things every nominal church attender knows.

What we have here is failure to communicate.

Sure, we can get mad at this. And yes, we should pray for people who are so ignorant about Christianity while being in such powerful places of influence. With great power comes great responsibility.

But, just for today, let’s have a little fun with it.

Here are 18 stereotypes about church and pastoring that Hollywood regularly portrays. See how many you recognize.

1. If you walk into a church in the middle of the week, the pastor is always tending to the altar.

2. The most prominent feature on a pastor's desk is a large open Bible on a wooden book stand.

3. Pastors are always shocked, shocked! when someone objects at a wedding – even though they always ask "if anyone knows any reason why these two should not be joined, speak now or forever hold your peace."

Pastors either need to come up with a response, or stop asking that question. Not that I know of a single pastor who's ever actually asked it. We know better. But the movies need an opening so the guy she's "really" supposed to marry can carry her off.

4. Preachers are usually judgmental jerks in the movies, but naive simpletons on TV.

Because anyone who goes to church every week has to be a legalistic jerk, right?

6. Churches are always open during the day for anyone to wander in and have a private conversation in a pew.

And that conversation will invariably be shushed by one of the elderly ladies who are there to pray. That's the Chicago way. (No, that didn't happen in The Untouchables. But I had to use that line somewhere in this post, right?)

7. If a pastor is in a scene for anything other than a funeral, wedding or confession booth, they'll turn out to be hypocritical and/or downright evil.

8. If they're preaching on TV or radio, they're only after your money.

9. If they pastor a megachurch, they're adulterous hypocrites.

10. If they pastor a small church, every seat in their tiny white chapel is always filled on Sunday.

Empty seats are very distracting to the camera.

11. Even Protestant churches have huge crucifixes.

Hollywood: the only place you’ll ever find a crucifix in a Baptist church.

This is needed for the hero’s “I’m yelling at God!" rant. Otherwise they'd just be getting angry at two pieces of wood. Hollywood: the only place you’ll ever find a crucifix in a Baptist church.

12. Pastor's kids are either naïve simpletons or angry rebels.

13. If the pastor’s kids are rebels, the pastor is always wrong and the kids are always right.

14. When a pastor quotes a bible passage in a conversation, the other person will always respond by citing the chapter and verse – thus showing the pastor who’s boss.

And it's never John 3:16. It's always an obscure, judgmental-sounding verse. And the passage must be stated as wordily as possible. "I believe that's found in Paul's Second Epistle to the Corinthian church, chapter 4, verse 4." [smirk]

15. If a pastor preaches against a sin, he will be caught comitting that sin.

17. When the pastor throws out the prepared sermon to speak from the heart, it never lasts longer than three minutes and it’s always Ah. May. Zing.

18. Though unrehearsed, the choir always starts humming just the right song at the two-and-a-half minute mark of this amazing, off-the-cuff, three-minute sermon.

Why hasn't Hollywood stepped in and shown us how to do this? They could help us end the worship wars this weekend!

Got Any To Add?

Those are the stereotypes I always see. Let me make you an offer you can't refuse. If you know of any others, add them to the list.

But keep it light and fun. We’ll get back to serious stuff later.