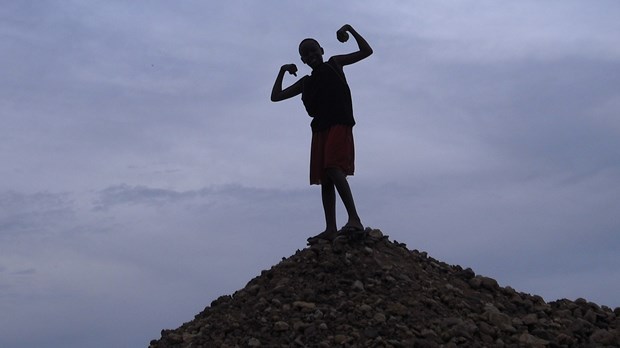 But grace is stronger.

But grace is greater.

But grace is God’s scandalous response.

Whenever a blogger writes something like “When Christians act like Jesus, sinners are drawn in, not pushed away”, there will always be a commenter who will quickly remind the writer, “Yeah, but they hated Jesus enough to crucify him.”

If someone posts a meme that states “grace means there is nothing I could do that would cause Jesus to love me less” they will inevitably receive several responses of “Yeah, that’s true, but love compels us to remind people they are sinners, too.”

Yeah, God’s grace is great. But.

We have to stop adding a ‘yeah, but’ to such basic statements of God’s love and grace. When we do that, we stifle the kind of audacious outbreak of grace that people experienced from Jesus and the early church. And that we need so desperately now.

Overcoming the ‘Yeah, But’ of Grace

Most of us were taught that when someone follows a compliment or apology with ‘but’, ignore everything that came before the ‘but’, because whatever follows the ‘but’ is what they really mean.

That is also true when we talk about sin and grace.

When we add a ‘yeah, but’ to statements about God’s grace and love, we make sin sound stronger than grace.

When we tell people God loves them, ‘but’ they’re sinners, what they hear is ‘God will only love me if I get my act together.’

Yes, we are sinners. That reality should never be ignored or underplayed. But qualifying every statement about love and grace with a ‘yeah, but’ about sin is like interrupting a team’s victory parade to remind everyone that they lost some games during the season, too.

Sometimes grace needs to take an uninterrupted victory lap through our lives.

Grace Comes After ‘But’, Not Before It

I’m not naïve. I’m fully aware of the large and growing movement to normalize and excuse sin in our culture. But I refuse to let that stop me from living and speaking about grace in audacious, Christ-like ways.

Besides, every culture has tried to normalize sins. Different sins at different times. That was certainly the case in both the Jewish and Roman cultures of Jesus’ day.

In Jesus’ life and message, grace was always the final word. Often scandalously so.

No one ever preached against sin more strongly than Jesus. But sin is not where the gospel message starts or ends.

It starts with being made in God’s image, it ends with resurrection.

It starts with love, it ends with grace.

Sin is not the start or the end of the sentence. It’s the aberration in the middle.

Sin is always an incomplete statement. Grace is the period at the end of the sentence.

Sin and hell are true. But they are partial truths. Grace completes the truth.

The next time you hear a statement about the overwhelming power of God’s grace, let me encourage you to resist your urge to diminish it with qualifiers.

Sit on your ‘but’ and let grace stand alone.