My Silence Is Not Compliance: Why I Don’t Preach Politics from the Pulpit

Home > 2015 > December
Church & CultureDecember 01, 2015
My Silence Is Not Compliance: Why I Don’t Preach Politics from the Pulpit
Preachers need to take our cue from God's Word, not the current obsession of the 24-hour news cycle.
by Karl Vaters 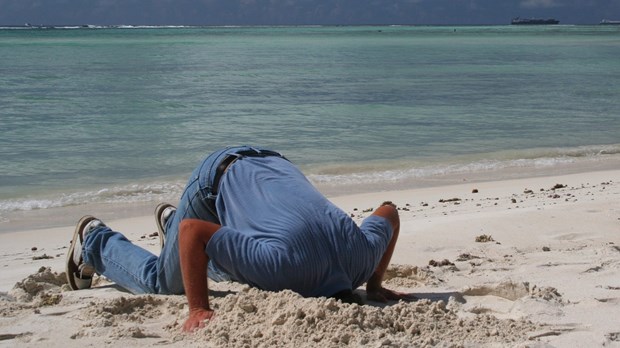 I don’t speak on political issues in my church.

I never take a side on controversial news items when I'm behind the pulpit.

And I’m tired of being called a coward because of it.

We may not preach on political issues, but that doesn't mean we're sticking our heads in the sand. There are other options.

(UPDATE: This post generated a lot of questions. You can read my responses to them in Why I Don’t Preach Politics (A Follow-Up with Q & R).

I'm not a wimp in the pulpit. Preaching from Scripture often means taking an unpopular stand on hard moral issues. Sometimes those stands correspond with current affairs. Sometimes they highlight problems we're ignoring because we're being distracted by the shiny sin-bauble currently in the news.

When I preach, I try to take my cue from God's Word, not the current obsession of the 24-hour news cycle.

But I know what's coming. The next election will be called "the most important decision of our lives." The next (or current) moral issue will be labeled "a defining moment for the church." I’ll get phone calls, emails, Facebook pleas, and drop-bys from people with flyers, petitions, and upcoming rallies they want me to promote.

I’ll be told that if I don’t re-post their meme, promote their cause, or denounce their enemy, I’m

But none of that is true.

Just because I’m not responding to the current cultural/moral/political/social issue the way some people think I should, does not mean I’m ignoring it.

One Person at a Time

Recently, a bunch of pastors were having a heated yet civil Facebook discussion on a moral issue. Several were decrying the silence from our pulpits on it. I commented that I don't mention it from the pulpit because we're ministering directly to people who are suffering from it.

The response was strong and fast. Caring for individuals is fine, ​they said, but we're not changing things unless we denounce it regularly from the pulpit.

Almost everyone dismissed the idea of caring for hurting people with an electronic wave of their hands because they wanted to get to the “important” task of preaching about it, instead.

But Jesus never did that. He didn’t discuss politics unless he was dragged into it. And, even then, he sidestepped their political angle and stuck to his agenda.

Jesus never allowed others to define what mattered. He made them come to him. He wasn't distracted by the controversial issues of the day – and there were plenty. Instead, he took care of people.

When the disciples dismissed a group of kids so they could discuss big-picture issues, Jesus rebuked them, put a child on his knee, and told them this is what the kingdom of God looks like.

For instance, in World War II, many wore uniforms, took up arms, and bravely fought against the evils of totalitarianism.

Meanwhile in Germany, Oscar Schindler ran a factory supposedly making ammunition for the Nazis. In reality, he was leveraging his reputation as a Nazi collaborator to undercut their efforts, while saving the lives of hundreds of Jews. If he had spoken out politically, he would not have been able to save those people.

The French underground worked in a similar way, by silent subterfuge. Those who hid thousands of Jews, like Anne Frank and her family, did the same thing. Their silence was not compliance, it was an essential element of their strategy.

While I am certainly not in the same category as those heroes, the truth is that there are many in the current culture who are doing something similar.

I know some bold culture warriors who are often accused of not taking a stand because they are not making broad statements. But it's their apparent silence that allows them to make a big difference in some very personal, private ways.

We’re not all called to respond to every issue in the same way.

As Paul taught, some are eyes, others are hands. And the eye can’t tell the hand it’s not doing the right thing just because it’s not acting like a hand.

If you’re called to speak on big issues in public forums, go for it. But don’t criticize those who are called to be change-makers in different, less visible ways.

If you’re called to respond to today’s issues in a more private and personal way, do that with all your heart. And don’t let anyone make you feel guilty for it.

But, by all means, do something.

If we all play our part without criticizing the other parts, we may be amazed at what a unified body, inspired by the Holy Spirit, is able to accomplish.

My Silence Is Not Compliance: Why I Don’t Preach ...