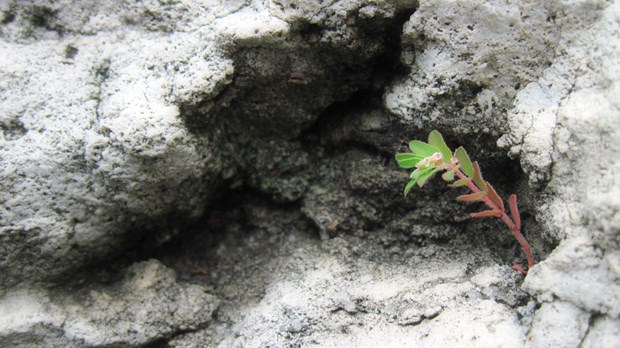 How many small church pastors constantly torture themselves with that question?

And it doesn't help that someone's always writing another list to tell us about the mistakes and sins we must be committing that are keeping our church from the supposedly inevitable numerical growth we'd see if we got our act together.

It's not that we don't want to make our churches better. And we certainly aren't anti-growth. But the assumption that we must be making horrendous errors if our church is small has a way of taking a toll on our spiritual and emotional health after a while.

If you're a faithful small church pastor I have some good news for you. If you've read those lists and you don't recognize yourself or your church in any of them, relax.

You're probably not doing anything wrong!

OK, maybe not anything, of course. There are no perfect churches or pastors. But there's no reason to believe that a healthy small church is making more mistakes than a healthy big church.

If you are lazy, spiritually dead or willfully disobedient you will find no justification for those behaviors or attitudes here. Being small is never an excuse for settling for less than God's best.

So this is not a list of faults we need to fix or excuses to justify ourselves. After all, small churches are not a problem, a virtue or an excuse. They just are.

When They Play the Blame Game, Refuse to Suit Up

So why is your church still small?

To start with, you're not alone. 90% of the churches in the world are under 200, while 80% are under 100. So the fact that your church is small is not evidence that you're sinful, stupid, lazy, prayerless, unfriendly, disobedient, selfish or any other form of inadequacy.

You and your church are normal.

I refuse to buy in to the idea that up to 90% of my fellow servants in ministry are failures because their churches are small. I've met enough small church pastors to know that, no matter what others may say, small church pastors are some of the most hard-working, passionate, sacrificial, smart and prayerful people on earth.

If you've gone through all the "here's what you're doing wrong" lists and don't see yourself or your church there, here's an alternative. It's my first list of no-fault, small church friendly, guilt-free reasons why the church you pastor may not be growing numerically.

Your Healthy Church May Be Staying Small Because …

1. You're a Shepherd, Not a Rancher

We all have different gifts. Not all pastors have the administrative gift-mix that is required to lead a church of 400 or 4,000. Few do, actually. As I describe in The Grasshopper Myth, I don't have that gift-mix either. If I have to spend more than a couple hours a week on financial and administrative decisions, my spirit starts to shrivel a little. And a pastor with a shriveled spirit is not a good pastor, no matter how big their church is.

If you're a shepherd, be a great one and help your small church be a great church.

If you're a shepherd, be a great one and help your small church be a great church.

If we didn't have healthy small churches, what would the alternative be? Is anyone proposing that we close them all down and only have churches above a prescribed number of attenders? If so, what would that number be?

Does anyone really believe that when Jesus said "I will build my church" what he had in mind was a world filled only with megachurches and cathedrals? No. I think Jesus foresaw something similar to what we have today (without all the petty territorialism and infighting, of course). A world filled with all churches of all sizes for all sorts of people.

3. Your Congregation Wants to Be Pastored By Their Pastor

Most healthy big churches work hard at growing bigger and smaller at the same time. They do the "grow smaller" part through small group ministry. But many people thrive better in their spiritual lives when they can be pastored by their pastor, not just a small group leader. They're not wrong for needing that.

Pastors of larger churches need to delegate much or all of the personal pastoral care to under-shepherds - and it's appropriate that they do so. But that isn't for everyone.

4. Many Unchurched People In Your Community Won't Go to a Big Church

No one church can serve everyone. There are a lot of people who prefer a large church with all the amenities. But there is a large and (if recent trends on millennials are any indication) growing segment of the population that distrusts the corporate vibe they feel on megachurch campuses.

They won't go to a big church no matter how many trendy worship venues they offer. They prefer small, personal, even quirky.

5. Your Church May Be Called to Serve a Niche Segment of the Population

The people those churches are called to reach are such a small segment of the population that they are not likely to ever get big. But the people they're reaching may never attend a church other than one that is designed for their peculiarities.

Not every community is suited for megachurches, or even large ones.

For instance, there are small towns all over the world where the population base won't support growth past a certain size. The population of other communities is on a downward slide. Some churches serve the senior adult population, while others are serving a very transitional and fickle college population. Yes, there are big and megachurches in many of those communities, but smaller churches prevail.

If you take a look at where big- and megachurches predominate, you'll see that they thrive in certain regions and types of communities, while they are rare or nonexistent in others.

I have friends who pastor a church in Japan. They told me about a huge campaign put on by a well-meaning American denomination to build a large church building on a hill at the edge of a Japanese city.

The big, beautiful church building has been vacant since it was built. Why? It doesn't fit the Japanese culture.

When a Japanese person becomes a follower of Jesus, it is sometimes seen as shaming to their family and culture. Going to a large church building makes it worse because it is considered an ostentatious assault on the subtleties of their culture.

Japanese Christians need to be humble and small in the expression of their faith in order for it to be respected and considered valid.

There are many cultures around the world where bigness has similar problems. We need to honor those realities. But small churches work everywhere.

8. Some Churches are Sending Churches

Many churches see themselves, not as a bowl where people collect, but as a pipeline through which people pass.

Many churches see themselves, not as a bowl where people collect, but as a pipeline through which people pass. They bring them in, train them and send them out.

9. God Might Have a Plan for Your Church that Can Only Be Fulfilled By Being Small and Healthy

Oh yeah, that whole "will of God" thing. We sometimes forget that while making our own plans, don't we?

That's all for now. Something tells me I'll be writing another post in the future with another pile of reasons I haven't thought of yet.

For now, you can read more about this in my post, How to Tell If a Small Church Is Strategic or Stuck.