Home > 2015 > June
Church & Culture, Read These First – The EssentialsJune 12, 2015
Great Churches Emphasize What They're For, Not What They're Against
It's possible for people to agree with your list of sins and still not have a relationship with Jesus
by Karl Vaters
Read as Single Page
Page 1 of 2 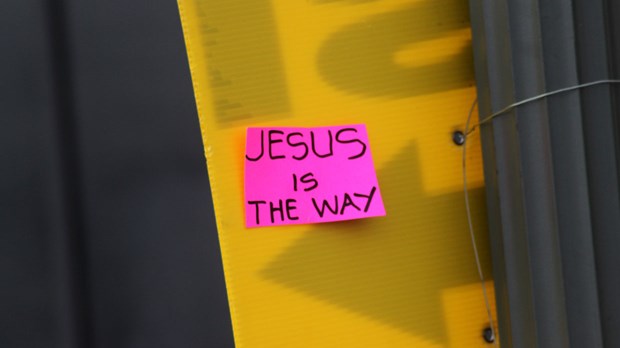 No one ever built a great church by emphasizing what they're against. (Well, no one but Jesus ever built any church, but you get what I mean.)

After all, the word "gospel" means good news.

What you're against may be really bad. And opposing it may be very important.

But what you're against isn't good news.

There's no salvation in it, because it's possible for people to agree completely on your list of sins and still not have a relationship with Jesus.

But churches keep doing do it, even though no church, large or small, ever became great that way. Because even if we convince others to be against what we're against, it doesn't guarantee that they'll be for what we're for.

Not Sinning Never Saved Anyone

Imagine that you and your church campaigned against a sin that was destroying the moral fiber of your neighborhood, city or nation. Now imagine that your efforts were successful. So successful that you actually changed the laws, got everyone to agree that it's wrong and stopped that sin from ever occurring again.

Do you realize all of that could happen without one person becoming a follower of Jesus?

Great churches aren't built by yelling about the sin-of-the-week. Or even the sins-of-eternity.

Great churches aren't built by yelling about the sin-of-the-week.

Great churches are communities where hurting, broken and sinful people find hope, grace, healing and salvation through a relationship with Jesus Christ.

There's no salvation in agreeing on how bad any particular sin is – even if it really is as bad as we think it is.

No, I'm not saying that we should never give people bad news.

To use an old, but true cliché, it's not loving for a doctor to refuse to tell a patient that they have a life-threatening disease because the doctor doesn't want the patient to feel bad. The doctor has a moral obligation to break bad news to the patient – especially when the doctor has access to the cure.

Sin is real and hell is hot. That's the bad news.In the same way, being a church that emphasizes the good news doesn't mean we ignore bad news.

Great churches aren't built by ignoring those truths any more than a good doctor ignores a bad diagnosis.

But a good doctor doesn't keep yelling "you're gonna die!" after the patient has been diagnosed. A good doctor breaks the bad news, then emphasizes and applies the life-giving properties of the cure.

Great Churches Emphasize What They're For, Not ...