7 Revolutionary Principles from the Small Church that Founded America

Home > 2015 > November
Church & CultureNovember 25, 2015
7 Revolutionary Principles from the Small Church that Founded America
Struggling churches can learn a lot from the integrity and perseverance of the church members who sailed on the Mayflower and changed the world.
by Karl Vaters
Read as Single Page
Page 1 of 2 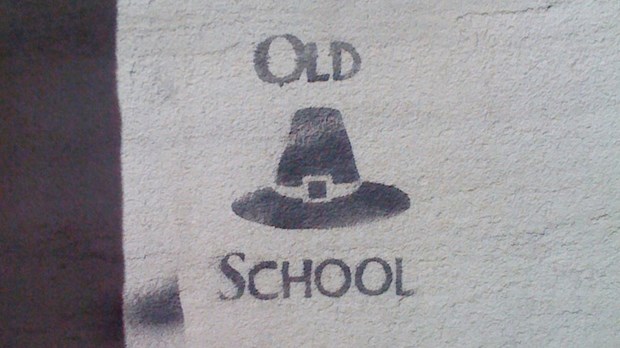 The Pilgrims didn’t plan to change the world. But they did, anyway.

They began as a small church that wanted to worship God according to the dictates of their own conscience. They ended up founding a nation and sparking a revolution.

It was a small church that founded the United States of America and changed the world.

This week, Americans celebrate the Thanksgiving holiday. While many of the stories of the Pilgrims are well-known and mixed with a few myths, here's one not-so-well-known fact: it was a small church that founded the United States of America and changed the world.

Their story began in the small town of Scrooby England. A tiny group of Separatists found themselves under constant persecution because they refused to worship in the manner they were ordered to by King James and the politically corrupt Church of England.

The problem with the Church of England wasn’t that it was big, but that they used their size to intimidate and gain political power, instead of blessing people and promoting the Gospel.

So a handful of believers in a small church decided to leave.

Here are seven principles we can learn from the integrity and perseverance of these brave Pilgrims:

1. They Had a Healthy Dissatisfaction With Church as Usual

A small group of Christians who called themselves Separatists met to worship in their own small congregations in direct violation of that law.

2. They Were Willing to Do Something About it

The people we now know as Pilgrims weren’t the only ones who were dissatisfied with the way things were in England. But they made a difference because they took action.

When the king persecuted them for worshiping in their own way, they decided to leave England rather than violate their consciences.

Like a lot of their bible heroes, they left without knowing where they’d end up. For many world-changers, action comes first. A plan comes later.

3. The Didn’t Settle for Half-Measures

At first, they settled in Leiden Netherlands, where they were free from persecution. But they had a hard time adapting to Dutch language and customs.

They were British, and they wanted their children to be raised British. So after a couple years they left Leiden for the colonies. There, they could keep English language and customs, but be far enough from England to avoid persecution.

7 Revolutionary Principles from the Small Church ...