Turning Your Small Church's Limitations Into an Innovative Advantage

Home > 2015 > November
Innovative MinistryNovember 23, 2015
Turning Your Small Church's Limitations Into an Innovative Advantage
Small churches need to be innovative because we don't have the resources to be normal.
by Karl Vaters
Read in Multiple Pages 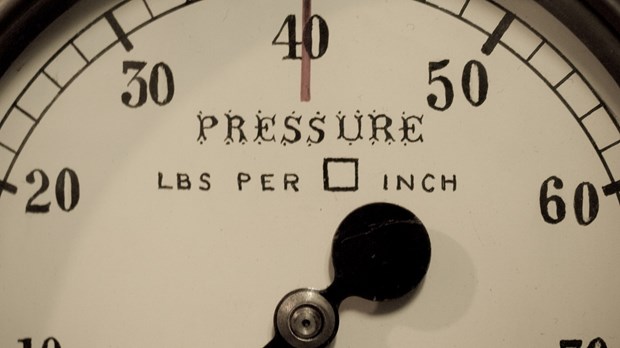 That’s precisely the reason we must be innovative.

Some of the world’s greatest ideas, products and revolutions came about, not because someone had unlimited money and resources, but precisely because they did not.

When you have plenty of money, people and other resources, you can do church in the normal way. Elevated, even excellently, but normal. You go to the regular conferences, read the usual books, hire a consultant and follow the latest trend.

Innovation, by its very nature, is new, different and bold.

People (and churches) with money, time and resources can study and follow the latest methods, ideas and trends. But the fact that it is being studied, followed and adopted by others, means it’s no longer innovative. Cutting edge, maybe. But no longer truly innovative.

Innovation can’t really be studied and adopted because, by the time it gets to the latest seminar where someone can teach others how to do it, the true innovator has moved on.

We usually stumble onto innovation, not by choice, but after being forced into a corner by the limitations of our circumstances.

Our current, mind-numbingly fast electronic revolution is a great example of this. Today, it’s fueled by multi-billion dollar corporations, but that’s not where its true innovations started.

Apple, Google and Microsoft weren’t birthed in the R & D departments of the world’s big companies (at the time, those were GM, IBM, Sears and other companies that are now referred to, not coincidentally, as dinosaurs).

Today, those nerds run the world.

Their lack of money, resources and “cool” didn’t stop them from being innovative. It fueled it.

What’s In Your Hand?

So stand up, small church nerds, geeks and outsiders. Take a look around you.

Small churches can’t do things the way megachurches do things. Now stop whining about it and start taking advantage of it.

Small churches can't do things the way megachurches do things. Now stop whining about it and start taking advantage of it.

What might God be leading you to do that’s never been done in quite that way before?

Like Moses, look at the stick in your hand. Ask God, “what did you give me this for?” Maybe even ask him, “why did you give me just this?” Then throw it on the ground and see what happens.

If that doesn’t work, throw it in the air, whittle it into something new or get everyone else in your church to pile their sticks together. Then start building something no one’s ever seen before because no one’s ever had that pile of sticks before.

God never uses your stick the way he used someone else’s stick. He gave yours to you for a reason.

Try something new. It might become the innovation you, your church and a lot of other churches have been looking for.

You may find yourself holding a revolution by the tail.

Turning Your Small Church's Limitations Into an ...