Six Church-and-Culture Issues I Don't Care About Any More

Home > 2015 > October
Church & Culture, Read These First – The EssentialsOctober 21, 2015
Six Church-and-Culture Issues I Don't Care About Any More
The church needs to build bridges to the culture if we hope to reach it. But there are some bridges I won't cross any more.
by Karl Vaters 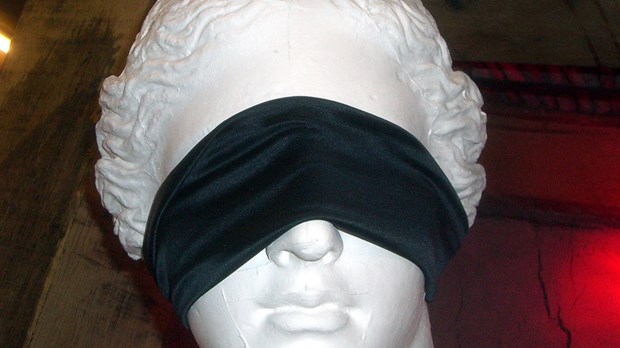 Well, that was ironic.

Last week I wrote a post, Six Church-Insider Issues I Don't Care About Any More. It resulted in more readers than any previous week this blog has ever had.

Apparently, being passionately apathetic is contagious.

As promised, today's post has a second list of issues. These are about how the church interacts with the culture.

When I say I don’t care about these issues, I mean it. I don’t think they're bad. I'm not upset. If your church does them, fine. I don’t want to take a sledgehammer to them. I’ve just shrugged them off due to apathy.

1. I Don't Care About Being Relevant

It’s better to be relevant than stale.

Our society is changing faster than ever. And that speed is increasing. So it makes sense for church leaders to ask “how do I communicate timeless truths in relevant ways?”

But being relevant isn’t enough.

It’s better to be relevant than stale. But being relevant isn't enough.

Being relevant is more about following than leading. Relevant churches are following cultural trends slightly ahead of other followers. They’ve tapped into what the culture wants and they’re leveraging that knowledge to present the gospel in a way people can hear. That's way better than not knowing how to talk to the culture at all. But it's not enough.

As I stated in Why The Church Needs Artists More than Managers Right Now, “We need church leaders who do more than tap into the latest craze.”

When it comes to our culture, I don’t want to follow. I want the church to be better than relevant. I want us to lead.

2. I Don't Care What Millennials Want

Or boomers. Or builders. Or whatever the next generation will be called.

Sure, it’s important to understand how different age groups hear and process information. Millennials relate, give and commit very differently than their parents did. I’ve written about this before and I will again.

But catering to any demographic group gets dangerous. Fast. It becomes very easy to spend more time and energy asking what millennials want (or what the seniors in our financial base want) than what Jesus wants.

Jesus was the most forward-looking, trend-busting, tradition-breaking, paradigm-shifting person who ever lived.

He understood people and met them right where they were. Without a whiff of trying to be relevant or catering to any demographic.

I want to follow Jesus’ example and know people as individuals, not as members of a demographic group.

3. I Don't Care About Raising Awareness

It’s great when people care enough about a problem to make others aware of it.

So keep doing that. Dump ice-water on your head, start a hashtag, wear pink, march with signs. Do it all.

But I won’t be joining you.

It’s not because I don’t care about important causes. I do.

But when a cause is that important to me, I don’t want to just raise awareness. I want to raise money. And raise volunteers. I want to get on my knees in prayer, then get on my feet to volunteer my time, money, skill and passion.

I want to change things, no matter who’s aware of it.

I want to change things, no matter who’s aware of it.

Sometimes – not always, but sometimes – raising awareness is a way to make us think we’ve done something important when we’ve done nothing but ease our own guilt.

Let's stop deceiving ourselves into thinking that posting a hashtag or wearing a t-shirt helps anyone. Unless it’s tied to action that truly changes things.

4. I Don't Care Whether Hollywood Got the Latest Bible Movie Right

It’s hard not to get frustrated when Hollywood takes great pains to avoid offending fans by getting every back-story nuance of a superhero movie right, but they have no problem putting walking trees in the Noah story. Ugh.

Outrage over such things is easy. And cheap. And a great fundraiser.

I have no problem with artistic license. Bible stories aren’t screenplays, after all. Screenwriters have to add dialog, while directors have to make choices about set design, casting and props that will upset people. In a movie, Eve has to pick a specific fruit of a specific color.

But either way, why do we care how others tell our story?

I’m more upset when the preacher in the pulpit twists the Bible story than when Hollywood does.

5. I Don't Care About Sermons Based On Movie/TV Titles

If a sermon series based on The Walking Dead helps you build a bridge that connects the people to the gospel, go for it. Truly.

But it’s hard to criticize Hollywood for not coming up with new ideas when preachers are copying their copies of an idea that someone else already copied.

Sure, I reference popular culture when it makes sense to do so. I recently used climbing Mt. Everest as a parable for a series I did on The Sermon on the Mount, for instance. (Before I heard about the movie, if you're wondering.)

But it matters that preachers draw inspiration for sermons from our time in God's Word, not our time on Netflix.

6. I Don't Care Why Bad Things Happen to Good People

Let me be very, very clear about this one.

I care – deeply – when bad things happen to people. There’s a lot of very real pain in the world and not nearly enough people who care about it.

As believers, we have overwhelming scriptural mandates to care for widows and orphans, bind up the wounded, heal the sick, feed the hungry and visit the prisoner. That's where a lot of pastoring takes place.

When people are hurting, they want answers. But our desire to give them answers can lead to empty slogans and unbiblical explanations.

I’ve seen so much damage done by good people spouting theologically dubious clichés like “everything happens for a reason” because they feel the need to say something.

In the face of suffering, our prayers and our presence are more important than our explanations.

In the face of suffering, our prayers and our presence are more important than our explanations.

We live in a broken world. Bad things happen. Pain is real. Knowing the “why” behind every specific pain is not possible. Most of our “why did this happen?” questions aren’t going to be answered this side of heaven.

I don’t have the answers. So I won’t pretend I do.

But I know who is the answer. Knowing who is better than knowing why.

Six Church-and-Culture Issues I Don't Care About Any More