Six Reasons Why 'There Are No Small Churches' Isn’t True

Home > 2015 > October
Small Church MinistryOctober 23, 2015
Six Reasons Why 'There Are No Small Churches' Isn’t True
The world is filled with small churches. Refusing to acknowledge that reality isn't encouraging, it's condescending.
by Karl Vaters
Read as Single Page
Page 1 of 2 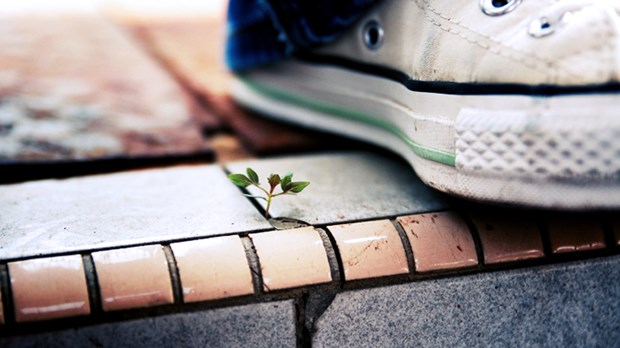 “There are no small churches.”

I've heard that all my life.

But it's not true.

Of course there are small churches. Lots of them. And it's okay, not just to acknowledge that reality, but to celebrate it.

I used to believe the myth that small churches were failing, lazy and settling for less – even as I was pastoring a small church that was none of those things.

Why would someone feel the need to say there are no small churches? Obviously they don’t mean numerically. Ninety percent of churches are under 200. Eighty percent are under 100. Half the churches on earth are under 50.

That’s a whole lot of small.

If “there are no small churches” isn’t a statement about numbers, what is it about? What people mean by it, of course, is that there are no secondary churches. That churches of all sizes have value.

I agree with that sentiment. But I have a problem that people feel the need to express it.

The implication is that if a pastor says “I pastor a small church” they must be stating a problem. Or that we’re complaining. Or looking for sympathy. Or, worst of all, that we’re settling for less.

We all have a part to play – and we’re playing ours.

3. Small Is Not Inferior

Before he moved out of state, we loved going out for lunch or coffee. Mostly because we truly had fun together, but also because we both got a slightly perverse kick out of the reactions we’d get when we walked into a restaurant together.

Some people don’t know how to respond to a dwarf. I always felt a little sorry that he has to go through life facing that, but he’s learned, not just to deal with it, but to capitalize on it.

For instance, he makes a great salesman. He has the personality and the talent for it, but he also knows that his height gives him an advantage no one else has. None of his customers has ever come back to the store and said “I can’t remember which salesperson waited on me the last time I was here.” Boom! Instant commission.

Six Reasons Why 'There Are No Small Churches' Isn’t True