8 Reasons to Stop Saying ‘Men’ When We Mean Everyone

Home > 2015 > September
Church & CultureSeptember 23, 2015
8 Reasons to Stop Saying ‘Men’ When We Mean Everyone
Church is the only place in our culture where we still use male pronouns when we’re referring to both genders.
by Karl Vaters 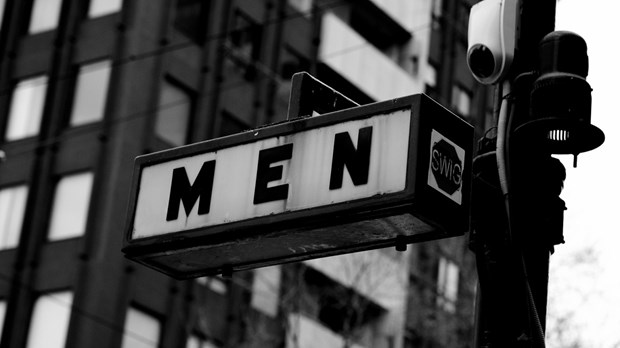 When you hear the word “men” in a news story, what comes to mind? I picture the male half of the population. I think we all do, because that’s what it means.

It’s the same in a sermon. When we hear the word “men,” most people think "male." But that's not always what the pastor means.

Is this being nitpicky? I don’t think so. Here’s why.

Church is the only place in our culture where we still use male pronouns when we’re referring to both genders. And it's hurting our presentation of the gospel.

I know there's a big debate about the use of male pronouns when we refer to God. I also know about the complementarian/egalitarian debate in which well-meaning believers disagree about the role of women in leadership.

This post is not about either of those debates. Maybe later, after I get fitted for a Kevlar suit.

Today’s post is about what should be a very simple issue. When we’re referring to everyone, let’s use language that accurately reflects that intention.

When we’re referring to everyone, let’s use language that accurately reflects that intention.

I understand that “man” was used for many centuries to refer to humanity in general. But we don’t live in those centuries any more. People don’t talk like that today.

Can you imagine a news event using a sentence like “300 men died in a plane crash today,” unless the plane was filled only with males? Of course not.

We live in a culture where “men” means “male” everywhere but in church. Even most of the pastors who use such language when they’re preaching, don’t use it in their daily conversation. And I'm not just talking about older, traditionalist pastors, either. I've heard it from hipster pastors preaching from their iPad with untucked V-neck shirts.

Here are eight reasons we need to stop using “men” when we mean everyone:

It’s not a political or theological statement to use specific, correct terms.

2. It’s Not How People Communicate Any More

If you’re my age (mid-50s) or older and you’ve been in church forever, you can automatically transpose “men” into “people” when you hear a sermon.

But anyone under 40 or new to the church thinks “males” when they hear “men,” just like we all do in our everyday lives outside the church.

I'm not suggesting we get ourselves caught up in some PC language pretzel by neutering Bible verses or changing historical quotes like "all men are created equal." But when we're speaking with our own voice, let's use the same recognizable language patterns in church that we use everywhere else.

Theological principles can be challenging and confusing enough without adding an unnecessary barrier of arcane language.

Theological principles can be challenging and confusing enough without adding an unnecessary barrier of arcane language (such as using arcane words like “arcane”).

I was in a Bible college class recently when the teacher used “men” in reference to people in general. One of the students assumed "men" meant “male,” so he asked the teacher why the subject was limited to men.

The teacher hadn’t caught that his use of language was confusing the student, so he pushed back. An argument ensued, and it was only when I pointed out the language barrier that they recognized the confusion and discovered that they actually agreed on the subject.

The teacher hadn’t meant anything sexist. The student wasn’t over-sensitive. The language got in the way and confused everyone.

When a misunderstanding happens in a sermon, people won’t raise their hand to ask about it. They’ll go home thinking you said something you never intended.

The perception that the church is male-dominated and hierarchical is more widespread than most church leaders realize. That misperception is reinforced by our poor use of gender language.

Again, I’m not debating male headship or gender-neutral pronouns for God. Wherever you stand on those issues, no one believes that God loves and values males more than he loves and values females. But that’s what many unchurched people think we believe.

Let’s not use language that reinforces that negative stereotype.

It takes a conscious effort to say “people” if you’ve been saying “men” all your life. You may have to highlight those words in your sermon notes for a while.

Lazy use of language makes the Gospel less than clear to the people who need to hear it as clearly as possible.

But not correcting something that needs correcting because it’s hard is no excuse. Lazy use of language makes the gospel less than clear to the people who need to hear it as clearly as possible.

6. It’s Unintentionally Demeaning to Half the Population

If I was a woman and I constantly heard that “man was made in the image of God” as if women are God’s image once-removed, I’d be ticked off. Even if I fully understood that “men” in that context meant all people.

After all, how hard is it to say “people were made in the image of God,” especially when that’s what we mean?

The church needs everyone engaged in the mission, with their whole heart and full gifting. That’s hard to do when the language we use makes half the population feel less-than.

Language matters. It’s powerful. When used incorrectly, it does more than hurt the weak. It can empower bigots, too.

If there was a single good reason to say “man” when we mean “person,” I’d listen to it. But there isn’t. We’re sticking with an outmoded pattern of speech that has all downside and no upside. Why would we do that?

The gospel message is for all people everywhere. The point of this post isn’t to make this a big issue. It’s the opposite. We need to make this issue disappear entirely.

Using accurate language is Communication 101. And not using language that hurts and confuses people as we communicate the gospel is Ministry 101.

8 Reasons to Stop Saying ‘Men’ When We Mean Everyone