Home > 2016 > April
Church LeadershipApril 25, 2016
Why No One Cares About Your Mission Statement – And Neither Should You
The only real hope that a church will follow through on their mission statement is when it’s based on what the church is already doing.
by Karl Vaters
Read in Multiple Pages 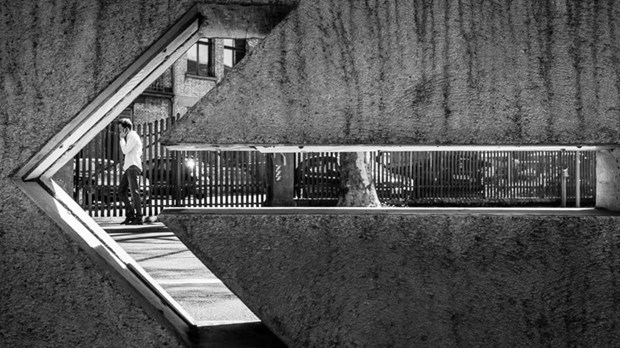 Does your church have a mission statement? Could most of the people in your church repeat it?

If the answer is ‘no’, I have one word for you.

You don’t need to call an emergency vision-casting meeting to remind everyone that they need to ‘Know, Grow & Go’, ‘Love, Learn & Live’ or ‘Become fully devoted followers of Jesus.’

People don't become fully devoted followers of Jesus when they can say the words, but because they’re doing the work.

If church members can’t recite your mission statement, it’s okay. People don't become fully devoted followers of Jesus when they can say the words, but because they’re doing the work. It's about discipleship, not well-crafted statements.

Writing a mission statement should be one of the last things a church does, not the first. Because the only real hope that a church will follow through on their mission statement is if it’s based on what the church is already doing.

The Problem With Our Mission Statement Obsession

Starting about 25 years ago, virtually every business was told they had to have a mission statement. So they wrote them, then started ‘empowering associates’ instead of hiring employees. But if you ask someone if all the hoopla actually changed anything, the likely answer is that nothing changed at all.

Mission statements aren’t bad. The church I pastor has one. (It’s Exploring, Living & Sharing the Truth of God’s Word, if anyone cares to know. And no, most of our congregation couldn’t quote it, either.)

But great mission statements don’t make great churches – or fix broken ones. We have to do the mission first. We shouldn’t put anything into words until we’re already putting it into action.

Christian leaders shouldn’t be surprised by this. James 1:22 tells us, “Do not merely listen to the word, and so deceive yourselves. Do what it says.”

That’s a powerful, scary truth. If we know the words but aren’t doing them, we’re living in self-deceit. Obviously that verse is about God’s Word, not our self-written mission statements, but the principle still applies. Having a mission statement without living it is a form of self-deception.

The Pattern Jesus Gave Us

We see that truth in the life and ministry of Jesus. Jesus was the greatest wordsmith who ever lived, but he was a doer first.

Jesus was the greatest wordsmith who ever lived, but he was a doer first.

If Jesus had followed today’s church leadership wisdom, he’d have written those statements on scrolls or small rocks to give to every new disciple, and he’d have surprised them with a pop quiz at random moments to be sure they could recite them by heart.

Instead, the circumstance that brought about the Great Commandment wasn’t even initiated by Jesus. He didn’t focus-group it. He didn’t go on a prayer retreat to design the wording. It was an in-the-moment answer to a question from a lawyer trying to trip him up.

Like most of what he said, these critical words of Jesus were generated from living a life of mission first, on the streets, among his friends and enemies. Actions always came first. Jesus’ statements were a natural byproduct of his ministry, not the source of it.

Likewise, the Great Commission wasn’t trumpeted to the disciples at every opportunity, either. While it’s important enough for some version of it to appear in all four Gospels and the book of Acts, Jesus seems to have only said it once. After his entire earthly ministry was over, right before he ascended into heaven.

How did he and the disciples ever get anything accomplished without those words constantly in front of them? Apparently Jesus believed doing it should come before saying it.

Do It, then Say It

My point is not that we shouldn’t ever write a mission statement, but that we need to put it in its proper place. When we listen to the Holy Spirit, he inspires us to actually do ministry, not just say we’re going to do ministry.

True disciples are always doers more than talkers. The best mission statements put into words what the church is already doing well – with an eye to the future.

No matter how big or small your church is, you do something really well. Or you can. If you have a reasonable handle on what that is and you believe God wants you to do more of that, turn it into your mission statement. Here’s how. Write out what you’re already doing in the simplest, clearest language possible.

Don’t try to be clever. Don’t worry about rhymes or alliterations. Don’t read a book about how to write a mission statement. Just say “we do this and this,” so people know what they’re in for when they jump on board.

Then keep doing it. With more passion and purpose every day.

Why No One Cares About Your Mission Statement – ...