Home > 2016 > August
Church & CultureAugust 01, 2016
The Church Needs Better Critics (9 Ways to Win Hearts, not Just Arguments)
As Christians – especially Christian leaders – our criticism should elevate the conversation, not debase it.
by Karl Vaters 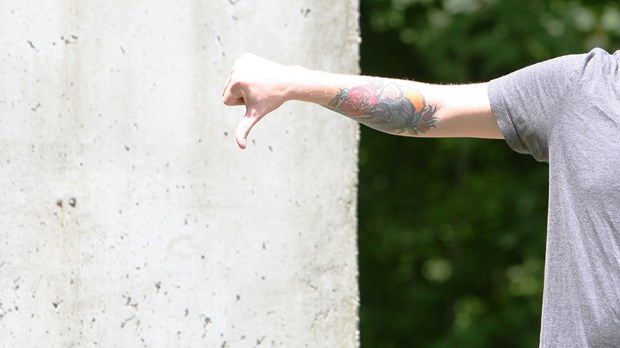 Criticism is a valuable tool.

When it’s done right it can, and has, changed hearts and minds.

Criticism done well can be a powerful tool for change in culture, politics and the church.

Criticism done well can be a powerful tool for change in culture, politics and the church. When done poorly, it debases everyone and often hurts the criticizer more the one being criticized.

As Christians – especially Christian leaders – our criticism should elevate the conversation, not debase it. We need to offer valid criticisms of the church and the culture without becoming part of the mess.

Here are 9 principles I try to remember whenever I offer a criticism in writing or speaking:

1. Make Sure of the Facts

The internet has overloaded us with data. And rumors. And outright lies.

Just because something you heard, read or saw matches your preconceptions, doesn’t make it true. If you’re going to offer criticism, make sure you’re criticizing accurately.

Recently I ran into one of those e-rumors on Facebook. I usually let them go, but I knew this one wasn’t true, and I thought the person passing it along would want to know that. Not so much.

Even after proving it to be false, they kept passing it along. Their reasoning? “Even if this one isn’t true, this is the kind of thing those people do all the time.”

Sorry, no. Passing along lies as facts doesn’t help your case, it hurts it.

Speaking of “those people...”

It’s easy, cheap and unhelpful to assign blame to an entire group of people based on the actions of one – or a few.

Valid criticism always keeps its aim narrowly focused on a specific subject and does everything it can to avoid collateral damage.

3. Realize that Your Information Is Incomplete

Even when your facts are correct, you never have all of them.

As a pastor, I’ve been criticized for decisions I’ve made, but I’ve been unable to defend myself without betraying a confidence. The decision was right, but it looked wrong. And I couldn’t make it look right without hurting innocent people.

If that happens to me, it can happen to others in positions of authority, including presidents, police officers, civic leaders and others.

On the other end of the authority scale, if you aren’t a member of a particular minority, there’s no way to fully understand that minority’s plight, their fears or their anger. What seems obvious from the outside, looks very different from the inside.

All criticism needs to be tempered with the humility that comes from realizing that our facts are incomplete. And a willingness to change our minds and/or apologize when new facts come in.

All criticism needs to be tempered with the humility that comes from realizing that our facts are incomplete.

4. Remember There’s a Real Person On the Receiving End

For my American readers, we are coming into the heart of criticism season – namely, the last 100 days before a presidential election.

During times like this, it’s easy to get carried away with rhetoric and forget basic civility.

Just because a person is a public figure doesn’t give us the right to act in an unchristian manner towards them.

Yes, we can vote against them and criticize their words and actions. But their fame doesn’t negate our responsibility to observe the Golden Rule, or Jesus’ command to love our enemies. Including our political opponents.

Criticizing actions, words and policies is fair game. Making fun of someone’s name, accent, ethnicity and the like is not helpful, kind or Christian.

Yes, I’m aware that Jesus referred to the Pharisees as serpents, white-washed tombs and more. But that wasn’t name-calling. Those were strong, vivid, word-pictures that described the state of their hearts. That’s very different from making fun of someone’s name, ethnicity or mannerisms.

6. Don’t Assume their Motives – Only God Knows the Heart

It’s one thing to criticize someone’s words or actions. It’s another to assume you know their motivation. In fact, it’s the height of arrogance. Only God knows that.

It’s easy get your side cheering and the other side angry. But that changes nothing. It only makes people further entrenched.

The goal of good criticism should always be to change hearts and minds. If not of the rabid opposition, at least of those who are wavering in the middle.

That is only done by thoughtful, passionate and fair arguments. And it’s undercut by false and/or inflammatory rhetoric.

If you want your criticism to bring about real change, you must be willing to go strength to strength. If your best can’t stand up against their best, maybe your argument isn't as strong as you think it is.

If your best can’t stand up against their best, maybe your argument isn't as strong as you think it is.

9. Criticize from the Inside-Out

Jesus criticized religious leaders first. Martin Luther nailed his theses to a church door. Martin Luther King Jr. marched on the capital of his own nation.

That’s why we need better critics. Not to tear each other down. But to “correct, rebuke and encourage – with great patience and careful instruction.” (2 Timothy 4:2)