Deal-Breakers: 7 Ways God May Tell a Pastor to Leave a Church

Home > 2016 > December
Church LeadershipDecember 15, 2016
Deal-Breakers: 7 Ways God May Tell a Pastor to Leave a Church
Long-term pastorates are almost always good for the church and the pastor. But when these things happen, it's time to go.
by Karl Vaters 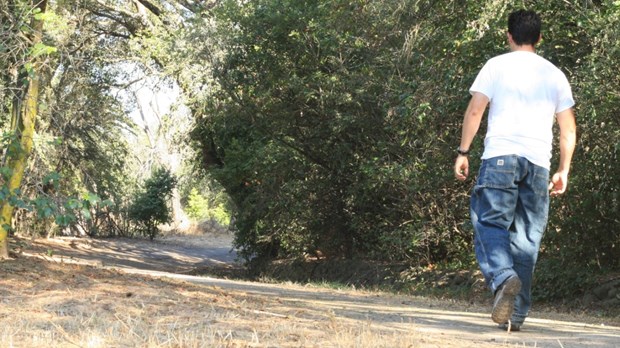 It’s one of the toughest questions a pastor has to face.

Pastoring isn’t easy. There will always be difficulties to address and bad history to overcome. But most pastors are in it for the long haul.

This month I celebrate 24 years in my current church. But before I came here, I left two short-term pastorates. One with great sorrow, wondering why the Lord hadn’t called us to stay longer. The other in great pain, wondering why God called us there to begin with.

The reasons for both have become clearer as the years have passed. Including the opportunity to help others by sharing the lessons I learned.

Staying Is the Default

So, before deciding to leave a church, I’d recommend reading them.

But here are 7 good reasons it might be time to leave your current church:

1. You’ll Never Be More than a Hired Hand

The shepherd has a relationship to the sheep. The hired hand doesn’t.

The shepherd has a relationship to the sheep. The hired hand doesn’t.

Jesus is our example in that.

When a pastor comes to an existing church, it can take a several years to become a true part of the family dynamic of the congregation. But you should know within a year or two if it’s moving in that direction or not.

Some pastors remain hired hands by their own choices and emotional bearing. But most want to be true under-shepherds, becoming an integral part of the church family.

Some congregations won’t ever let the pastor in emotionally. Many churches do this out of deep hurt. It’s a defense mechanism they’ve adapted after being burned by too many pastoral departures.

The problem is, if they won’t let the pastor in, they won’t be welcoming to guests either. So they’ll never obey the Great Commission and will never be a healthy church.

This can be especially true of smaller, more rural churches and towns (sorry for the stereotype). In many of them, if you don’t have a generational connection, you’ll always be an outsider. They may treat you wonderfully, but you’ll always be more like a guest in their home than a member of the family.

I don’t believe the true role of pastor can be fulfilled as a hired hand. If it becomes obvious that’s all you’ll ever be, it’s probably time to leave.

2. You Can No Longer Trust the Church Leadership

I won’t work with people I can’t trust.

In one church, I started as most pastors do, with very little salary. The church had been through tough times. Tithes had dried up. But I was told, in writing, that if I hit certain ministry and fiscal goals for the church, they would pay me a wage on which I could support my family.

When the time came, the church hadn’t just hit the goals, we had exceeded them. But the church leaders broke their promise to me. One of them told me, “I don’t care what you have in writing. You’re not getting an extra penny.” Yes, in those exact words.

It’s not about the money. It’s about trust. And no, suing them didn’t even enter my mind. God save us from displaying that tragic spectacle to the world. Like Paul in 1 Corinthians 6:1-7, I’d rather be cheated.

But if I can’t trust the leaders, I won’t work with them. At some point their lack of truthfulness would undermine my integrity, too. That is something I will never allow. And neither should you.

3. Your Family Would Pay too Steep a Price

The details of this one are still too painful to relate, but I’ll say this. Disagree with me all you want. Tell me to my face and let’s deal with the issue. But when you do something to hurt my kids because you disagree with me . . .

Pastoral ministry must always put God first, family second, church third. It’s not always easy to be in a pastor’s family. And there will always be a price to pay. But there are lines that should never be crossed.

The “should we leave?” meeting is one of the hardest conversations a pastor and spouse will ever have.

Shelley and I have had two of them (three, if you count the assistant pastor position I left to become a lead pastor).

At one of them, we realized that staying and helping the church turn around would be long, painful and costly to us and our family. After assessing the situation, I blurted out “Well, that’s it, then. I don’t like these people enough to do that for them.” I didn’t know I felt it until I heard myself say it.

I didn’t tell the church that, of course. That would have been hurtful and unloving. I haven’t told anyone that until now – at least not in writing.

Yes, we’re supposed to love one another as believers. But that doesn’t mean we’ll like everyone. And no, a pastor doesn’t have to like everyone in the church. But pastoring a church is hard enough when you do like everyone. It’s unbearable – and maybe impossible – if you can’t bring yourself to like the people you’re sacrificing so much for.

5. Your Leadership has Lost Its Moral Authority

We can lose our moral authority in many ways.

And it’s not always the pastor’s fault.

Pastoring isn’t about exerting your dominance. But once people have lost respect in your ability to lead, it’s virtually impossible to gain it back, and it’s time to go.

6. Your Gifts No Longer Match the Church’s Needs

Our leadership gifts have to match the leadership needs of a congregation. Sometimes the pastor/church relationships starts that way, but changes for a variety of factors.

Our leadership gifts have to match the leadership needs of a congregation.

As long as the church and pastor keep adapting together, they can weather almost any storm and stay together for a long, long time.

But if they stop matching up, even a dynamic, gifted pastor in a healthy, loving church can’t make it work.

We‘ve all seen too many examples of pastors that hung on long after they stopped being effective. Don’t let it happen to you. Or your church.

7. Your Ministry Was Scaffolding

Some pastorates are meant to be short-term. Like scaffolding on the outside of a building under construction, they provide support during critical times of startup or turnaround, then they move on to another task.

One of our pastorates was that. We took the church as far as we were capable of, then left it for others to build upon.

I have a friend who was scaffolding at a small church in a racially transitional community. The city, which had historically been mostly white and middle class (like him), had become mostly Filipino and working class. But the church stayed mostly white and was dying.

My friend pastored there long enough to help the congregation open its doors to the neighborhood. He mentored Filipino leaders. In a few years, the church became heavily Filipino. So he left it in the hands of the Filipino leadership. Today, it’s a thriving church that reflects the racial mix of the community.

Give the Long Haul Your Best Try

Sometimes what works for a while, like the above scaffolding, changes over time. But in most situations, the church and the pastor grow together, pulling each other forward as God guides each one.

That’s what has happened in my current church. When I think back to how naïve and inexperienced I was 24 years ago, it makes me wonder why they hired me. But if I thought too long about the mess they were in at the time, it might make me wonder why I took the job.

The path hasn’t been easy. But it’s been worth it.

If you’re wondering whether-or-not it’s your time to move on, don’t use this post as a final word on anything. Pray about it. Seek wise counsel.

Stay if you can. But if you need to leave, do so with grace, love and integrity.

Deal-Breakers: 7 Ways God May Tell a Pastor to Leave a Church