What a Rabbi Taught Me About Keeping Christ In Christmas

Home > 2016 > December
Church & CultureDecember 06, 2016
What a Rabbi Taught Me About Keeping Christ In Christmas
When people come to your church this Christmas season, they want to hear the story of Jesus. Give them what they came for.
by Karl Vaters
Read as Single Page
Page 1 of 2 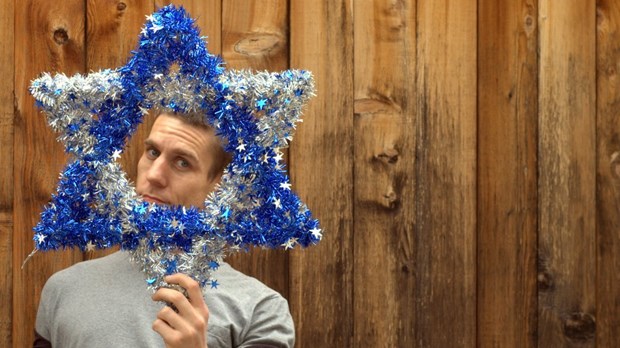 “Keep Christ in Christmas” is a familiar saying this time of the year. But you don’t expect to hear it from the local rabbi.

For several years I was involved in our town’s Police Chaplaincy. One year, at our December meeting, the Methodist pastor noticed that the napkins had a picture of Santa Claus on them. He slid one across the table to the rabbi from the local synagogue.

“Hey Steve,” he asked, “what do Jews think about Santa Claus?”

“Nothing,” the rabbi responded as he picked up the napkin. “Santa is a Christmas character.”

“But he’s a secular figure,” countered the Methodist. “Don’t you even let the kids get presents from Santa so they won’t feel left out?”

“No,” he responded. “We don’t worry about that. Actually, I think Christians ought to keep Christ in Christmas.”

Until this point, my interest in the conversation had been minimal, but when a rabbi tells me to keep Christ in Christmas, he has my full attention.

“Absolutely,” he said. “As Jews, we don’t secularize our holidays. It amazes me when Christians water down their message with things that have nothing to do with their faith.

It amazes me when Christians water down their message with things that have nothing to do with their faith.

“In fact, I’ve actually delivered a ‘keep Christ in Christmas’ message to my congregation as a lesson about not diluting our faith with non-Jewish images and celebrations.”

As the conversation went on, my attitude shifted from curiosity to gratitude as my friend, the rabbi, taught me the following lessons about Christmas – and about being Christian:

1. They’re coming to church for the Jesus story

“When you come to a synagogue during any of our holiday seasons, you will never be confused about which symbols are religious and which ones are secular. I assume that if people are coming to a synagogue they are coming to see Jewish symbols and receive Jewish teaching, and that’s all I give them. Holiness means ‘set apart’. When we add non-religious symbols to the picture, we make it less than holy.”

Christmas; Evangelism; Fellowship and Community; Jesus; Vocation
December 06, 2016 at 2:04 AM

What a Rabbi Taught Me About Keeping Christ In Christmas