Home > 2016 > February
Church & CultureFebruary 19, 2016
11 Reasons to Stop Saying 'What No One Else Has the Guts to Say'
Outrage blogs may be popular, but they're seldom helpful, true or redemptive. And they're never as unique as they claim.
by Karl Vaters
Read as Single PagePage 1 of 2 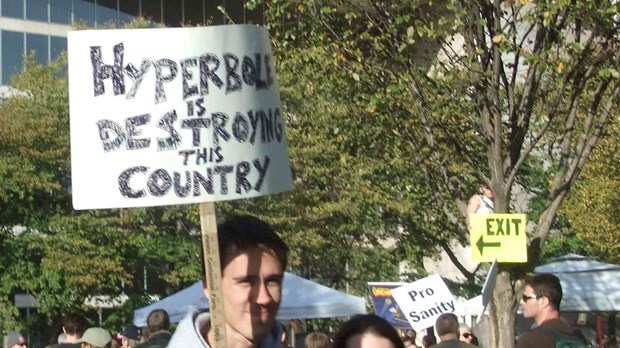 Just about every day a blog post or video comes across my path that claims to say ‘what no one else has the guts to say.’

That claim is usually followed by an angry tirade of extremist and/or conspiracy-theory rhetoric that we’ve all heard a thousand times before.

Nothing new. No guts. Just outrage.

It’s even worse when the ranter is a Christian. Or a minister of the gospel.

If you’ve done this, you’re thinking about doing this, or you’ve shared a link from someone doing this, please stop.

Here are 11 reasons why:

Outrage blogs never give us a new viewpoint. They may express an overlooked, under-represented viewpoint. But they're never the 'only' one saying it. There's nothing new under the sun. Or on social media.

Maybe there aren't as many people saying it as there should be. Okay. Fine. More people need to say it. Good points can always bear repeating.

Don’t claim you’re the only one with the guts to say something. That’s never true.

But don’t claim you’re the only one with the guts to say something. And stop believing those who make that claim for themselves. That’s never true.

2. Anger Is Not Unique or Courageous

Your anger may even be warranted.

But you’re not the only person angry about it or talking about it, so don’t claim that you are.

Really? You (or the preacher, writer, or amateur videographer you’re reposting) are the only person who’s A) figured this problem out and B) got the courage to state it?

Here’s something we all need to have the guts to say. You’re not that uniquely smart or brave. To claim that you are is arrogant.

4. It’s a Cheap Way to Get an Audience

Titles like ‘what no one has the guts to say’ are called clickbait (Google it). They’re shoddy, cheap and they always disappoint the audience.

Weak arguments use cheap stunts and outrageous claims. Valid arguments are made with strong, well-reasoned writing and speaking. And they start with compelling, but accurate titles.

5. It Undercuts Your Good Points

When you use cheap stunts and outrageous claims to make your point, you don’t strengthen your case, you weaken it. Sometimes irretrievably.

6. It Lumps You In with the Crazy People