Home > 2016 > February
Innovative MinistryFebruary 17, 2016
27 Benefits of Putting an Expiration Date On New Ministries In Your Church
Here's a great way open your church up to innovative new ideas by minimizing the risk – or at least the sting – of failure.
by Karl Vaters
Read as Single Page
Page 1 of 2 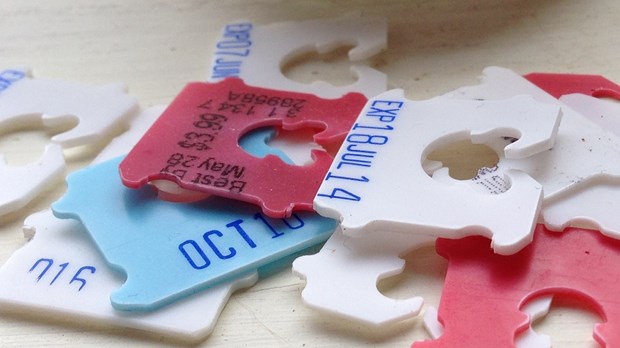 Fear of failure kills the innovative spirit. It's one of the main reasons many churches don't try new things.

But failure is a part of life. And ministry. It's especially a part of doing innovative ministry, because we can’t know if something will fail or succeed until we try it.

What if we could reduce the sting of failure when a new ministry doesn't go as we had hoped? It might give us the courage to innovate more often.

The best way I know to reduce the sting of possible failure is this: put an expiration date on every new ministry idea.

Instead of launching a new idea as “the way we’re going to do ministry from now on”, tell people “Hey, we have this fun, new idea we’re going to try until the end of the summer!” Or December, or until Easter…

Then, at the end of the summer, if it doesn’t work, it stops happening, just like we announced. No failure, no problem. If it does work, we keep doing it. You can extend it for another three or six months. If it still works, we just keep doing it.

Putting expiration dates on ministries has several advantages. Here are a few.

1. If the idea is a non-starter, you don’t have to live with it for long.

2. There are no more failures. Just experiments that reached their expiration date.

There are no more failures. Just experiments that reached their expiration date.

3. Extending an experiment that works is easier than killing a permanent ministry that doesn’t.

4. People can live with almost anything if they know it isn’t permanent.

5. The leadership loses their reputation for being stubborn.

6. People are more likely to give it a fair try if they know they’re not stuck with it.

7. The best way to know if something works is to try it. That’s why companies beta-test their new products.

8. You can get feedback from the congregation while you’re trying it, instead of hearing arguments about why it won’t work, and “I told you so” if it doesn’t.

9. You can field test several ideas and choose the best one, or create a hybrid of the best ones.

11. New church members don’t feel like latecomers to everything.

12. You don’t have to sell anyone on anything. Good ideas sell themselves, and bad ones disappear.

13. People feel more comfortable offering up their ideas. And you can try more of them out, with less risk.

27 Benefits of Putting an Expiration Date On New ...