If You're Voting for Trump, You Can Unfriend Me (But I Hope You Won't)

Home > 2016 > February
Church & CultureFebruary 24, 2016
If You're Voting for Trump, You Can Unfriend Me (But I Hope You Won't)
Take a deep breath and read the entire post before you comment. It’s not what you think.
by Karl Vaters
Read as Single PagePage 1 of 2 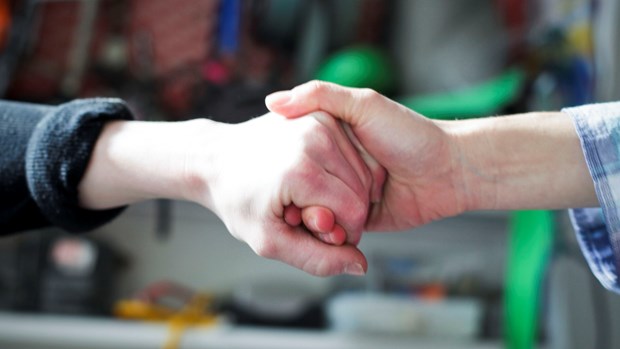 The title of today’s post comes from something I read on a friend’s Facebook timeline last week. The parentheses are mine.

You can also unfriend me if you're voting for

Or if you’re voting for none of the above.

You can unfriend me. For those or any other reasons.

But I hope you won't.

The same goes if you're

You can unfriend me. But I hope you won't.

Not All Choices are Equal

The items I've listed are not equally valid ways to vote, live or believe. Some are noble and uplifting. Some are horribly sinful and repulsive. Some are morally neutral.

If you and I disagree on which items are good, bad or neutral, you can unfriend me. But I hope you won't.

Even if you hate me because I have friends from every option on this list, you can unfriend me. But I hope you won't.

Because Jesus loves them all. Including you. And me.

Various ‘unfriend me if you…’ requests have been popping up on my social media streams lately. I expect them to grow in popularity as the election gets closer and battle lines get drawn more thickly in the sand.

But I won’t be unfriending anyone.

Because Jesus never did that.

Jesus had all kinds of people in his life. He loved Judas (who betrayed him) and Nicodemus (a Pharisee) as much as he loved John, who never left his side.

He was regularly accused of spending time with prostitutes, drunks, gluttons and other sinners, including people whose political and theological choices were his polar opposite. Like Samaritans, Romans and tax collectors.

Jesus was emphatic that we are to love those we disagree with, including our enemies, not just those who are on our side.

If loving people was easy, the cross would never have been necessary.

If loving people was easy, the cross would never have been necessary.

Jesus came to seek and to save that which was lost. No matter what state of lostness we find ourselves in.

And Jesus wants us to reach lost people, no matter where they are on matters of taste, race, religion and moral choices. It’s hard to reach people when we’re constantly unfriending them. Or carrying unfriendly attitudes.

If You're Voting for Trump, You Can Unfriend Me ...