Home > 2016 > July
Christian UnityJuly 20, 2016
5 Principles Megachurches Can Learn From Small Churches
Healthy small churches have characteristics that make them work. And many of them can work in big churches, too.
by Karl Vaters
Read in Multiple Pages 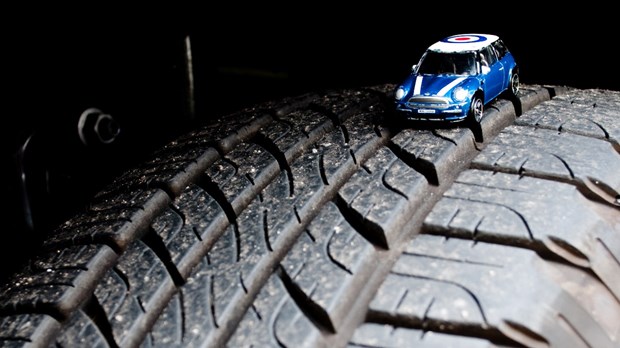 Small churches receive a lot from our megachurch friends. We read their books, sing their songs, use their curriculum and attend their seminars. And we’re grateful.

But the benefits don’t have to flow only one way. There are important, though less obvious principles that megachurches can learn from small churches.

Healthy small churches have characteristics that make them work. It’s not a mistake that over half the believers in the world choose to attend a small church. These principles can be a blessing to big churches too. It’s not necessarily that they aren’t being done by bigger churches, but they’re more obvious in smaller ones.

As you read them, you’ll notice they tend to have one theme in common. Relationships.

The average person can have a greater impact in a small church. Your presence matters and your absence is noticed. People recognize your face and know your name – and not just your friends, but the pastor, too.

In a bigger church, a pastor can’t know everyone, or even most people. It’s the price of growth. But we need to be careful, as we grow, not to see people only as members of demographic subsets.

We need to be careful, as we grow, not to see people only as members of demographic subsets.

Big churches are fond of saying ‘every number is a person’, which is true. But when the crowd gets huge, sometimes people feel like numbers. In a healthy church, every person is a person, not a number.

This is why every church needs to grow smaller as they grow bigger. Big churches need systems in place, not just to keep the mechanics of the church functioning smoothly, but to let every individual know they matter.

Giving people a sense of personal value isn’t automatic, even in small churches. It takes work. But it’s worth it.

2. Friends are More Important than Friendliness

Josh and Rick are right. It’s nice when a greeter has a friendly smile and when an usher asks your name as they show you to your seat. But I don’t expect those people to think about me after I leave any more than the smiling barista at Starbucks does.

Every church needs to be intentional about fostering friendships, not just friendliness. For more about how to do that, check out 4 Steps to a Friendlier Church (The G.I.F.T. Plan).

3. Conversations are More Valuable than Surveys

Megachurches love surveys. It’s the primary way they monitor the success or failure of their programs.

But small churches don’t need to conduct surveys. We can have conversations.

When you’re trying to measure scientifically verifiable data from massive groups of people, surveys are invaluable. They help us look past our own small, prejudicial view of things and give us verifiable, objective results.

But when we’re dealing with smaller groups of people, surveys become less valuable. The sample size is just too small.

Knowing how many people have been through a discipleship class is not the same as knowing how much they’ve grown in their faith. That requires a much more personal touch.

Knowing how many people have been through a discipleship class is not the same as knowing how much they’ve grown in their faith.

In the classic leadership book In Search of Excellence, Tom Peters introduced the world to MBWA – Management By Wandering Around. The concept is simple. In large companies, including large churches, it’s easy to think you know what’s going on because of all the raw data you collect. But you can lose a sense of what’s really happening if you rely too heavily on the numbers. Every leader needs to spend time in the trenches or they lose touch.

In small churches there are no layers between the pastor and the people. MBWA is just the way things are.

In big groups, conversations can give you a skewed picture of what’s going on, so they need to be supplemented by surveys. But conversations always matter.

MBWA isn’t a new concept. It’s the original data collection system. Shakespeare referred to it in Henry V, when the king disguised himself to walk among the troops and gauge their mood the night before the Battle of Agincourt. And, long before Shakespeare, Jesus did it with his disciples.

4. The People Who Need Connection the Most Won’t Sign Up for Small Groups

A massive worship meeting, while exciting and inspiring, is not enough. Most big churches know this, so they work very hard at small groups.

But most people feel like they’ve received their weekly spiritual dosage by attending a one hour weekend church service. They don’t see the need or have the time to add another meeting to their schedule. And that’s what many people see a small group as – just another meeting.

No, that’s not a very spiritually mature view of small groups. But aren’t the spiritually immature people the ones who need those groups the most?

In a small church, people get their essential small group experience on Sunday morning. In a bigger church, the only way to get that much-needed smaller group is to add one more meeting to the calendar. Most people won’t do that.

Big churches need to find ways to infuse more one-on-one connection before, during and after their main service times.

In addition to promoting small groups, big churches need to find ways to infuse more one-on-one connection before, during and after their main service times.

A couple ideas that I’ve seen work include: 1) section hosts who help people connnect within the section where they usually sit, and 2) discussion areas where people can gather after each service to ask questions and go deeper into the message.

Attendance alone is not an accurate measure of how a church is doing – especially for smaller churches. Stories matter more.

How is Jesus affecting the people in your church? Is the growth from conversions, or transfers? Are lives being transformed, relationships being healed, families growing stronger, ministry to the community being effective?

(Check out my companion post: 5 Principles Small Churches Can Learn From Megachurches.)