Forget Being Culturally Relevant – The Church Needs to Be Contextually Real

Home > 2016 > March
Church & CultureMarch 30, 2016
Forget Being Culturally Relevant – The Church Needs to Be Contextually Real
Chasing relevance makes our churches look the same in ways we should be different – from each other and from the culture.
by Karl Vaters
Read in Multiple Pages 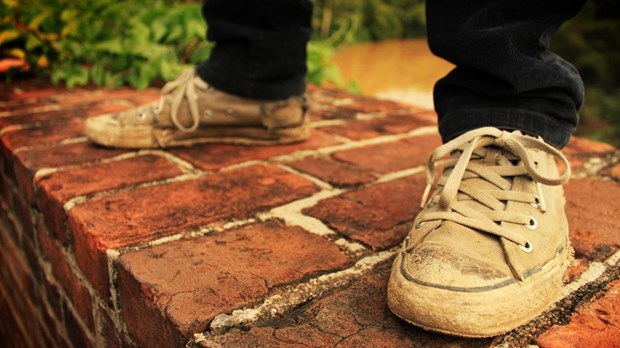 I don’t care if the church is culturally relevant.

No, I don’t want us to wallow in some old-time, glory days that probably never were. But cultural relevance is not the answer.

As I wrote in Six Church-and-Culture Issues I Don't Care About Any More, it’s better to be relevant than stale. But being relevant isn’t enough. I want the church to be better than relevant.

I want us to lead.

Chasing cultural relevance reminds me of an episode from the old TV sitcom Third Rock from the Sun, in which the aliens tried to blend in with earth culture by doing what was popular.

They watched only the highest-rated TV shows, wore the best-selling clothes, ate at the biggest chain restaurants, etc. They didn’t do what they enjoyed, only what was popular. As a result, they became bland and bored. By the end of the episode they decided that being themselves was better than blending in.

Trying to be culturally relevant is turning the church into followers instead of leaders.

Trying to be culturally relevant is turning the church into followers instead of leaders. A relevant church may be following slightly ahead of others, but we’re still following. And it often makes our churches look too much the same in ways we ought to be different – from each other and the culture.

Chasing cultural relevance can give us a false sense of success because it can be learned by reading the right books and watching a couple of the latest TV shows. But thinking I can reach the youth of my community because I read a book on postmodernism and wear the latest clothes is a delusion.

If Not Cultural Relevance, Then What?

A while ago I talked with Mark Collins. Mark works for a denomination and pastors a small church in Canada. We were talking about the advantages and challenges of small churches when he said “We need to stop worrying about being culturally relevant and start being contextually real.”

Thank you for the ‘aha!’ moment, Mark.

Ministry is not about relevance, it’s about reality. And it’s not about the culture, it’s about our context. It’s about living my real life in the context of other people’s real lives.

How have we missed this simple truth? And why would we want to replace it with being culturally relevant?

Here are a few possible reasons:

Cultural relevance is more comfortable for a lot of us. It helps us feel like we’re in charge of something. That we have a few things figured out in a world that has grown increasingly difficult to understand.

Contextual reality, on the other hand, is anything but comfortable. It puts us in charge of nothing. And it often raises more questions than it answers.

But contextual reality has one advantage.

Jesus didn’t care about being relevant to his culture.

Jesus didn’t care about being relevant to his culture.

Not to the Jewish culture he lived in, to the Roman culture that was subjugating them, or to the Greek culture that framed their thinking.

Jesus was real. And he adapted to the reality of whatever context he found himself in. One city at a time, one crowd at a time, one person at a time. And he did it without ever betraying his core reality.

So maybe instead of asking “what’s cool?”, “what’s relevant?” or even “what’s new?” our churches ought to be asking people “what reality are you living in?” and “what better reality does Jesus have for you?”

Dealing with people rather than trends takes a little longer. But it’s worth it.

And I’ve come to believe it’s the only way we can really earn people’s trust so that they’ll allow us to share the deeper reality that’s only found in Jesus. A reality that fits any context. And any culture.

Forget Being Culturally Relevant – The Church ...