Home > 2016 > November
Church Leadership November 17, 2016
12 Ways to Know If You’re Pastoring Like a Boss – Or Like a Leader
There are some simple ways to tell the difference between a boss and a servant leader. And they come from the example of Jesus.
by Karl Vaters
Read in Multiple Pages 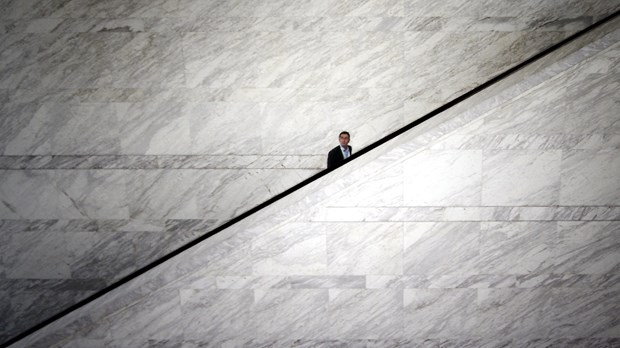 And even more servants. In the pulpits, not just the pews.

Sadly, too few people in positions of authority know the difference between being a boss or being a leader. Mostly, because we haven't grasped servanthood.

There are some simple ways to tell the difference between a boss and a servant leader. And they come, not surprisingly, from the life and example of Jesus.

Jesus told his disciples “I no longer call you servants, because a servant does not know his master’s business. Instead, I have called you friends, for everything that I learned from my Father I have made known to you.” (John 15:15)

A servant becomes a leader when others follow their example of servanthood.

Information is power. That is truer now than it has ever been.

As we saw already in John 15:15, Jesus was an information-sharer. He told the disciples everything about his master’s business.

Old-school bosses used to operate under the axiom of information being on a need-to-know basis. Today, for leaders, the default is that everyone needs to know everything – unless there’s a very good reason they shouldn’t.

Bosses will chew people up to get the project done.

But in the church, the people are the project. Bringing people closer to Jesus and to each other is everything we’re called to do.

Has there ever been a more stark difference between a servant and a boss than when Jesus stood before Pilate?

One man was the boss. We know it because he kept insisting that he was, by reminding Jesus he had the power to kill him (John 19).

But Pilate was never in charge of that confrontation. Even when he sentenced Jesus to death, Pilate was the boss but never a leader. Even the crowd had more power than him.

Why? Because Jesus was always more concerned for others than himself, but Pilate (not to mention Herod and Caiaphas) were only looking out for themselves.

5. People want their boss's position. They want their leader's character.

When people have a boss, the thought process is usually something like “I want to be the boss so I can do the job better than them.”

When people have a leader, they think “I want to be like them so I can be a better leader.”

6. People want a leader in their lives. They want the boss off their backs.

Maybe the number one way to tell if a person is a boss or a leader is to see how people behave when they’re left alone.

Have people bought into the vision and mission so much that they’ll work just as hard when no one is watching? If so, they’re being led. If they can’t wait to be on their own so they can goof off, they have a boss.

7. Bosses motivate from the outside. Leaders do it from the inside.

If you’re a boss, the only way to motivate people is externally. By reward and/or punishment.

But leaders motivate people internally to adopt the vision for themselves.

Jesus always cast a compelling vision, motivated from the inside-out.

Jesus always cast a compelling vision, motivated from the inside-out. “A new command I give you: Love one another. As I have loved you, so you must love one another.” (John 13:34)

8. People want a boss who's easy on them. They want a leader who challenges them.

How did Jesus change the world starting with 12 argumentative, sometimes clueless disciples? He loved them, then challenged them with the biggest mission ever. Go everywhere and preach the Gospel to everyone (Mark 16:15).

Jesus never did anything with his disciples without showing them, training them, sending them, then assessing them (Luke 10).

Bosses hire people with the skills they need, then fire them when they can’t keep up. Leaders also need to hire and fire, but it’s more about teachability than pre-packaged competence.

10. Leaders are under authority. Bosses are in charge.

One of the greatest compliments Jesus ever gave wasn’t to a disciple, but to a centurion who expressed the greatest faith he had ever seen (Matthew 8).

The centurion knew Jesus could heal his daughter without even coming near her. Just say the word.

As a soldier under someone else’s charge, he knew that all real power comes from being under authority, not by being a lone wolf boss.

11. People tolerate a boss. They love and respect a leader.

The Pharisees were tolerated by the people. On their best days, that is.

Jesus was loved and respected. Servanthood will do that.

Respect doesn’t come with a position any more. If it ever did.

Jesus didn’t need to hold a position for people to respect him and want to follow him.

Prove yourself worthy, by serving and leading people, not lording your authority over them.

Bosses can’t do that. Leaders can. Servants always will.