Have Coffee With a Radical: The Value of Listening to People We Disagree With

Home > 2016 > November
Church & CultureNovember 18, 2016
Have Coffee With a Radical: The Value of Listening to People We Disagree With
If we’re only hearing from people who think like us, we're missing out on a lot. Politically, theologically and relationally.
by Karl Vaters 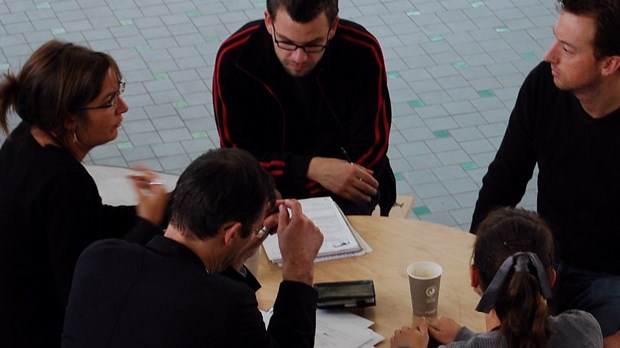 I have friends I’m not supposed to have.

From every imaginable political, theological, social, ethnic background, and more.

People with whom I have radical, even angry disagreements.

Yet they remain my friends.

Not just in the Facebook way. In the old-school, meet face-to-face over coffee way.

And my life is made richer by knowing them.

Turn Off the Echo Chamber

This current political and social climate is bringing out the worst in good people. The worst so far, anyway. I fear we haven't touched bottom yet.

One of the most disturbing trends I'm seeing lately is the absolute refusal by some people, from every type of background and belief system, to hear any hint of disagreement without jumping down someone's throat, calling them names or unfriending them.

And it’s not any better in the church world. Sometimes it’s worse.

We’ve replaced personal conversations with social media pronouncements and arguments. Seeking of truth with the echo chamber of those who agree with me.

In this current climate, if someone raises a question about one political party or candidate, it can't possibly from genuine concern. They must be secretly cheering for the baby-killer on the left or the racist on the right ... right?

People who used to be friends are now referring to each other with labels like that.

What You’re Missing When Everyone Agrees With You

If you’re only listening to people who think like you, you're missing out on a lot. Politically, theologically and relationally.

And you're shutting down honest conversation from good people who have been bullied into silence by all the yelling.

I don’t want to shut anyone up. Including people I disagree with, even to an extremist degree.

In fact, if their ideas are really that bad I want to give them a platform so they can be exposed to the light.

In the New Testament, there was a Pharisee named Gamaliel. When the other Pharisees wanted to stop the disciples from preaching, he advised letting them preach. His logic was that if what they were saying was false, it would be exposed, but if it was true they wouldn’t want to find themselves fighting against it. (Acts 5)

The church needs more Gamaliels. Leaders who will speak their mind and allow for all voices to be heard in pursuit of a deeper truth than the one I can see so far.

Unfortunately, there are a lot of good, smart, even wise people who remain quiet. They’ve been bullied into silence.

And that may be the biggest loss of all. We’ve shut down the voices that whisper instead of yelling. The voices of simple wisdom.

We’ve shut down the voices that whisper instead of yelling. The voices of simple wisdom.

We need voices that are deep, not just extreme.

Voices that challenge our presuppositions instead of just affirming our conclusions.

Voices that call us to think bigger and act better.

Voices who, like Jesus, refuse to take the political or theological bait, but elevate the conversation to a higher place.

I believe most people want that. They want to hear other ideas and have civil conversations.

So here’s what I plan to do, no matter how loudly the “turn off the other side” voices become.

And I will keep loving those who disagree with me.

Have Coffee With a Radical: The Value of Listening ...