Does Saying 'It's Okay to Be Small' Give Churches an Excuse to Settle for Less?

Home > 2016 > November
Small Church MinistryNovember 07, 2016
Does Saying 'It's Okay to Be Small' Give Churches an Excuse to Settle for Less?
Every church should be actively participating in kingdom growth. But kingdom growth doesn't mean every church will keep getting bigger.
by Karl Vaters
Read in Multiple Pages 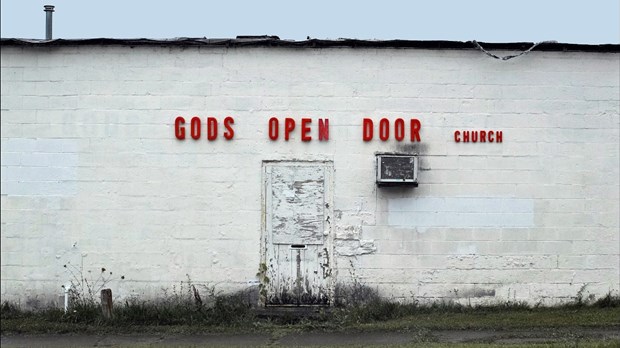 The idea that small churches can be great churches is a hard concept for a lot of people to swallow.

I get it. It was hard for me to swallow for a lot of years, too.

So when people raise questions about it, I appreciate their concerns and I try to engage with them in some constructive conversation.

One of those conversations took place a while back in an online forum, in response to my post, Two Lists: One for a Healthy Church, One for a Big Church – And They Don’t Overlap.

This post is an edited-for-publication version of my answers to that reader’s thoughtful and important questions.

Q: Are you concerned that by saying 'it's okay to be small' you might be encouraging churches to settle for less?

A: A little. Which is why I'm constantly saying that settling for less is never part of God's will for any church.

Settling for less is never part of God's will for any church.

But I'm less concerned about that than I am about small churches feeling disenfranchised and devalued by a church growth culture that sends them the (usually unintentional) message that they have a lesser or non-existent role in the kingdom of God if they haven't reached a certain size or aren't growing at particular numerical pace.

Lazy churches and pastors are going to stay lazy, no matter what I write. Healthy, motivated pastors and churches won't take 'small can be valuable' as an excuse to become lazy.

But there are a lot of very good small churches and small church pastors whose ministries have been sidelined by the expectation – sometimes even the demand – of unreached numerical growth.

We need to ease that burden, not make it heavier.

I appreciate pastors and ministries that give good advice to small churches about how to grow bigger. I'm always looking for new ideas on how to do that, myself.

But that advice needs to be given carefully. Hard-working pastors and churches should never be guilted or belittled when the church growth strategies that worked for one church don't work for their church.

So, yes I'm a little concerned that what I say and write about the value of small churches might give a minuscule percentage of lazy churches and pastors an excuse to keep being lazy.

But I'm far more concerned about what is happening to the overwhelming majority of wonderful, prayerful, passionate and hard-working small churches and their pastors who are discouraged, demoralized and far less effective than they should be, because they haven't heard that small churches can be great churches.

Q: But what about the Great Commission? Isn’t that about numbers?

A: Actually, the Great Commission is not about numbers. It's about people. People coming into the kingdom. Not just Sunday attendance.

The Great Commission is not about numbers. It's about people. People coming into the kingdom. Not just Sunday attendance.

When we say it's about numbers we can sometimes forget the people behind the numbers and get our priorities mixed up.

We've all seen churches and ministries that have done that. Large and small. Growing and not.

Q: How can you be okay with a church that doesn’t grow?

Some churches are senders. I know of a lot of small churches that can point to ministries all over the world that have been started, led or blessed by the people they've sent out, while the home church never gets as big as many of the ministries in that church's downstream.

In the places where the church is growing as a percent of the population, it's almost always through the multiplication of smaller churches more than by an increase in the size of existing ones.

Q: How can a church ever be “healthy enough?”

A: No church should ever settle for being "healthy enough" (in fact, I have no idea what that would even look like).

We need to always be about kingdom growth. To do that, we need healthy churches of all sizes – always getting stronger, healthier and contributing to the growth of the kingdom of God.

But it's hard for smaller churches and their pastors to feel like they're making that contribution when they're treated like failures if their church isn't getting bigger, even though they're participating in kingdom growth.

Q: How can a church be discipling and sending people into ministry without seeing corresponding numerical growth themselves?

A: You might as well ask the opposite question – how can a church be discipling and sending people into ministry if they're keeping all the people to themselves?

Neither question is very helpful.

Does Saying 'It's Okay to Be Small' Give Churches ...