Home > 2016 > October
Small Church MinistryOctober 26, 2016
My Church Stinks!
What if church size wasn't the primary – often the only – measure of church health? How many pastors would still say “my church stinks" then?
by Karl Vaters 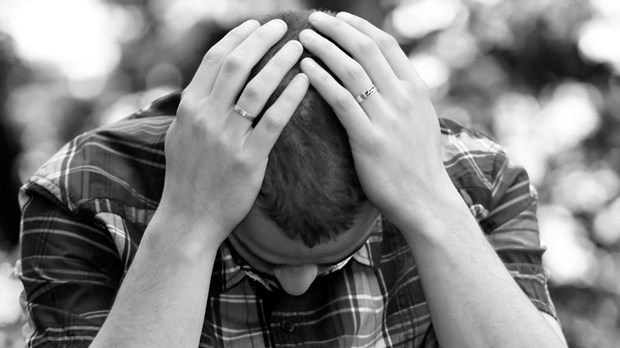 Many pastors wouldn’t attend their own church if they weren’t the pastor.

How do I know? I’ve talked with a lot of them.

The church isn’t as big, or isn’t growing as fast as the pastor, the members or the denomination thinks it should be.

The Skit that Struck Too Close to Home

A few years ago there was a short skit that was popular in a lot of churches. It opened on two people. A women, who’s dressed to go out, and a man who is still in his pajamas.

“You still aren’t ready for church?” the woman asks.

“I don’t want to go to church today!” the man cries as he stomps his foot like a little child on his first day of school.

“Not always,” he whines. “Sometimes I hate it there.”

“Don’t say that,” she scolds. “What’s wrong with our church?”

“The services are too long, the music is boring, the sermon doesn’t apply to real life and the people aren’t very friendly,” he complains.

“That may be true,” the woman responds. “But you still have to go.”

“Because you’re the pastor, that’s why.”

The crowd roars in laughter as the lights go out.

No one laughs louder than the real pastor in the front row. But underneath, many pastors who watched that skit were thinking, if they only knew.

That silly skit had more truth in it than many of us would like to admit.

A lot of pastors aren’t happy with their church. But they might be if we changed just one thing – not about the church, but about our attitude towards it.

What if we took numbers off the table and looked at church health through a different lens?

What if we took numbers off the table and looked at church health through a different lens?

Instead, so many of us have been sold the idea that if the pastor isn’t on a relentless drive toward bigger numbers they must be lazy, stupid or settling for less – maybe all three.

For three or four decades we’ve had a model for church success that has been taught almost exclusively – the megachurch model.

Now don’t jump ahead of me here. I’m not against megachurches. And I’m definitely in favor of church growth.

But when was the last time you read a book on pastoring or went to a conference, convention or seminar on church leadership that didn’t have How to Get Your Church to Be Bigger as its primary agenda? Or one that talked about church health as the goal, not just as a means to increase attendance?

When growing Sunday morning crowds is virtually the only criterion used to measure ministry success, what does that do to the heart of the average pastor whose church just won’t grow no matter how hard they pray, study and work?

And what about the pastor whose calling and gifting is suited to a smaller crowd of people?

What if we stopped using the numerical growth of individual congregations as the primary – often the only – measure of church health? How many pastors would still say “my church stinks” then?

There would still be some lousy churches, of course (I know – I’ve visited some of them. Yikes!), but I’m guessing there would be far fewer miserable pastors in otherwise healthy churches.