Home > 2016 > October
Christian UnityOctober 07, 2016
No, Our Church Doesn't Sing New Music to Appeal to Nonbelievers
Our church's song list is not an evangelism tool. It's meant to glorify God and involve the saints in worship.
Karl Vaters 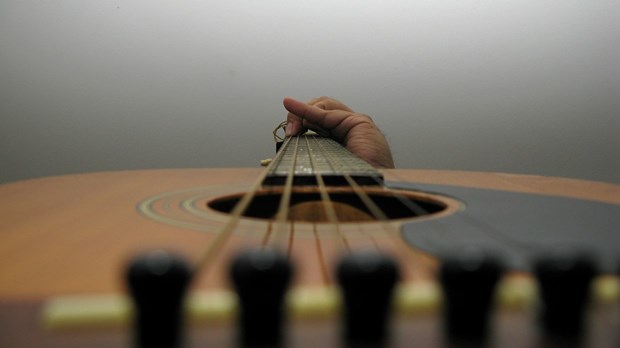 Just when you think they’re gone for good, they pop up again.

The debate is no longer raging, but it's not over. Probably never will be.

The subject came up again in a conversation where I wasn’t expecting it.

Because I’m a supporter and encourager of small churches, the assembled group assumed what many do – that I must be on the old-hymns-are-better, new-songs-are-shallow side of the argument.

Not wanting to run over this thoroughly-plowed ground again, I sat off to the side of the conversation.

Then one of them said something I hear a lot – that churches are singing newer songs to appeal to nonbelievers. This was followed by "we're letting the world dictate worship styles for the church," and then the dreaded head-turn to me. “Why do you think they do that, Karl?”

I felt like Michael Corleone in Godfather III. “Just when I thought I was out, they pull me back in!”

I took a deep breath, assured them that I sympathized with their concerns and love the old hymns, too. But I disagreed with almost all of their premises.

The world is not dictating our worship styles when we sing new music.

Old songs aren’t better than new songs, churches don’t sing new songs to bring new people in, the world is not dictating our worship styles when we sing new music, and (the big shocker!) in my small church, we sing new songs almost exclusively.

Sing What Honors the Lord and Blesses You

In fact, I have yet to talk to a new music pastor or worship minister who will do anything less than shake their heads at the idea that unchurched people are sitting at home thinking "I would go to church if only I could find one with music that sounds like my Spotify playlists."

Our church uses a lot of different tools to reach unchurched people, from personal invitations to community service events and more. But our church’s song list is not an evangelism tool. It’s meant to glorify God and involve the saints in worship.

So, if you and your church like singing the great old hymns of the church, go for it! Prefer new songs? Sing them with all your heart. But there’s no reason to keep knocking those who sing a different set of songs than your church does.

Why My Church Sings New Songs

So, if we're not singing new songs for the unchurched, why are we?

Here are a few reasons my church (and many others) sing mostly new songs:

Every Old Song Used to Be a New Song

Every time musical styles change, a lot of church people get upset about it. And they scramble to find a theological justification for what is little more than a musical preference.

Is there a lot of shallow music today? Sure. I cringe over the singing-about-Jesus-like-he's-my-boyfriend songs, too.

Shallow songs have been written in every generation. The only reason we think yesterday's songs are deeper than today's is because only the great ones from yesterday have survived.

So we keep them, sing them, and build on the foundation they laid for us as we write and sing new songs.

The poorly written and theologically shallow songs will fade away, while the better ones will stick around for a while.

That will happen with today's songs for future generations. The poorly written and theologically shallow songs will fade away, while the better ones will stick around for a while.

So no, not every new song is on a par with Amazing Grace. But, when you think about it, only one old song was Amazing Grace. There were some other great songs from that era that stuck around for us to sing today, but there were a lot that didn’t. Either they weren’t that good, or they were right for that era, but not for today.

Today's Amazing Grace may be out there right now. And I don’t want to miss it. So we’re opening our arms, hearts, voices and churches to sing new songs.