Home > 2016 > September
Church LeadershipSeptember 19, 2016
Overcome Ministry Burnout By Learning to Say ‘No’
Saying ‘no’ isn’t a lack of faith. Sometimes it’s a necessary first step in narrowing our focus and strengthening our faith.
by Karl Vaters 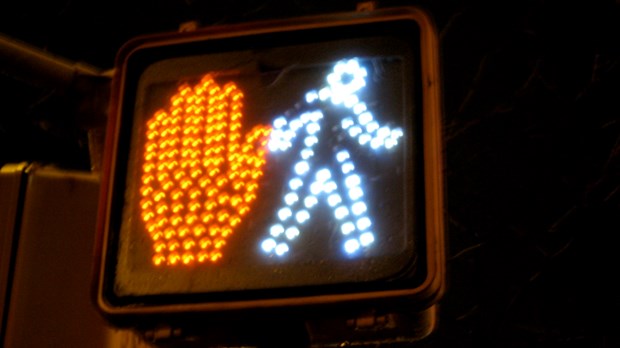 Even though I love saying ‘yes’.

Yes to God. Yes to people. Yes to crazy ideas that might turn out to be great ideas in disguise.

But I’ve learned that saying ‘yes’ means more when it’s balanced by the proper use of the word ‘no’.

In fact, a well-placed ‘no’ may be the most liberating word missing from many leaders’ vocabularies.

Not just saying ‘no’ to others. We’re usually good at that. We need to learn to say ‘no’ to ourselves, too.

If the massive response from last week’s post about ministerial burnout is any indication, there are a whole lot of pastors who need to start saying ‘no’ in small ways now, before they run into the big ‘no’ of ministry burnout and failure later.

Saying ‘No’ Isn’t a Lack of Faith

For years I’ve been told by well-meaning preachers and teachers that if I have enough faith, I can do anything I want to do.

But it’s not true. Or biblical.

Sometimes I’m limited by my abilities (or lack of). I’m 6’ 6” tall, but no matter how hard I work at my ball-handling skills, I can’t play in the NBA.

Sometimes I’m limited by physics. I can’t flap my arms and float up into the sky like a bird.

Sometimes I’m limited by mutually exclusive choices. I can’t walk and not walk at the same time (even if the confused traffic signal at the start of this post seems to think I can).

Saying ‘yes’ in those situations isn’t faith, it’s denial – and maybe a touch of schizophrenia.

When ‘No’ Is Good News

It’s a simple fact of life, built into the fabric of how God created a logical world.

When we choose one option, it always means saying ‘no’ to other options.

When we choose one option, it always means saying ‘no’ to other options – sometimes to several other options. And no amount of prayer or faith is going to change that reality.

The truth is always good news, even when we don’t like it. Because it’s real. And acknowledging reality is always the best first step to accomplishing anything of lasting value.

Saying ‘no’ isn’t a lack of faith. Sometimes it’s a necessary first step in narrowing our focus and strengthening our faith.

We have to say ‘no’ to some things so we can say ‘yes’ to better things.

People who are frozen into inaction are making the same mistake as those who are franticly trying to do everything. Neither one has learned to narrow their focus.

Once we know what we’re called to do, it becomes easier to say ‘no’ to what we’re not called to do. Whether it’s my momentary desires or someone else’s demands, saying ‘no’ is often a necessary first step in saying a faith-filled ‘yes’ to what God is calling us to do.

I’m Not God’s Only Option

Most Christians are good at saying ‘no’ to bad things. To sinful things. But we’re still not reaching our God-given potential because we’re spinning our wheels doing empty things. Things that God never called us to do.

We convince ourselves that if we don’t do it, it won’t get done. But we’re not the only tool in God’s utility belt.

Some of this comes from pride. We convince ourselves that if we don’t do it, it won’t get done. But we’re not the only tool in God’s utility belt.

God can do anything. But I’m not him. What I can’t do, God can do through someone else. I’m not an eye, I’m a hand.

Are you, your church or your ministry paralyzed by indecision? Flaming out because you’ve been burning the ministry candle at both ends? Feeling guilty for the promises you meant to keep before you ran out of time or resources to do them?

Take a deep breath and tell yourself this truth: I can’t do everything.

Don’t you feel better already? Stating the truth has a way of doing that.

Then be awesome at.