Home > 2016 > September
September 16, 2016
Why Successful Churches Aren’t Turning the World Upside-Down – But the Outcasts Might
Where are the Christian innovators who will put a dangerous passion for Jesus ahead of personal ministry success?
by Karl Vaters 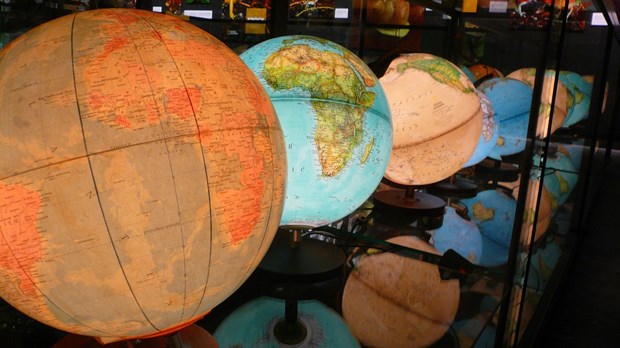 Jesus was the most culture-challenging, paradigm-shifting, tradition-breaking, change agent who ever lived.

How did his followers become so boring?

Want dry, stuffy, moldy, old traditions and ideas? That may be the very definition of church in many people’s minds.

This is a problem. A big problem. And it’s our fault. We’ve taken the life- and society-transforming message of Jesus and we’ve made it about . . . success.

Trying to maintain that success has made us safe.

A Successful Church Is Not Enough

When I look around the church leadership world today, I see a lot of very good, very nice people. People who love Jesus and are doing whatever they can to make a difference. And many of them are making a difference – a much bigger difference than me, that’s for sure.

They fill up churches and even stadiums. They lead people to Jesus. And nothing – absolutely nothing – will ever be more important than that.

But is it wrong for me to feel like there’s something missing?

For example, can you name any Christian leader who has had a recognizable impact on the culture since Martin Luther King Jr. marched on Washington over 50 years ago? Anyone who inspires anything like the passion King inspires in the hearts of the average person – churchgoer, or not?

Where Are The World-Changing Leaders?

Where are the church leaders who will take up the mantle of, not just successful ministry, but life- and society-transformation?

Where are the church leaders who will take up the mantle of, not just successful ministry, but life- and society-transformation?

I’m not talking about name recognition. I’m talking about leaders with such a radically positive approach to the life and message of Jesus that they have a society-shifting impact.

Where are the Christian innovators who will put a dangerous passion for Jesus ahead of personal ministry success?

I’m not upset at anyone. I just want more.

That won’t happen by screaming on Facebook about whatever sin happens to be trending this week. That’s been done. That’s being done. The world yawns at the self-proclaimed faith-defenders – if they even care enough to be bored by them.

When MLK opposed the sin of racism, it wasn’t because he was chasing the headlines of the day. He shone a spotlight on it so powerfully that he made it the headline of the day.

He didn’t chase the issues, he framed the issues. He didn’t pursue crowds, he made the crowds come to him. And the culture followed. Just like Jesus did 2,000 years before him.

Would We Know a Real Jesus Movement If We Saw It?

I pray for a new breed of Christian leaders who will change the world. People who make such a positive, Jesus-led impact on the ills of society that entire cultures can’t help but stand up and pay attention.

What did all those paradigm-shifters have in common? They were all outcasts before they became heroes. They were artists, innovators and outside-the-box thinkers and doers. Like I wrote in a previous post, the church needs artists and prophets more than we need managers right now.

The church needs artists and prophets more than we need managers.

That kind of life- and society transforming impact can happen through the church again. But I fear we’ve created such a success-based Christian culture that we won’t just miss it, we’re likely to preach sermons and write blog posts denouncing it.

How is a hurting world going to find healing inside the doors of a church whose leaders are obsessed with asking questions like “how will we measure the success of our latest venture?” and “how will this play to our biggest donors?”

The Jesus-following leaders who answer this call will need to be okay with ticking a lot of people off. Even – maybe especially – church people. Not because they’re trying to offend people. But because they’re so passionate about doing the Jesus stuff, they might not even notice that the cool kids are getting upset by it.

One of the reasons I’m such a supporter of small churches is because, as I wrote in The Grasshopper Myth, real world transformation doesn’t happen from the top-down. Those who are succeeding don’t have a reason to change things.

Any real-life, world-changing, spirit-infused, culture-shaping, paradigm-shifting, hurt-healing movement will come where it’s always come from. From the bottom-up. From the disenfranchised. From the nerds and weirdos.

True visionaries and world-changers don’t call themselves that in their Twitter profiles. They just get busy doing those things.

True visionaries and world-changers don’t call themselves that in their Twitter profiles (beware of those who do). So they’re not easy to spot. In fact, they’re likely to deny they are either of those things. They just get busy doing those things.

Since foundation-shakers won’t pre-announce themselves, I’m keeping my eyes and ears on small, quirky churches and fringe ministries because I want to recognize the next church- and world leaders when they start doing their work. Then I want to be a Caleb to the church’s next Joshuas. A Barnabas for our future Apostle Pauls.

I pray for leaders who have such an unquenchable passion for Jesus and love for hurting people that they don’t care how many establishment Christians they alienate.

And I look forward to the day when they build their own (probably electronic) soapboxes to blast that message of transformative hope to the world.

I just pray that it happens in my lifetime. Because I want to cheer them on.