A Matter of Integrity: Why Christians Must Stop Taking the Fake News Bait

Home > 2017 > January
Church & CultureJanuary 03, 2017
A Matter of Integrity: Why Christians Must Stop Taking the Fake News Bait
Including a simple 4-step check-list to help us stop passing fake news along.
by Karl Vaters 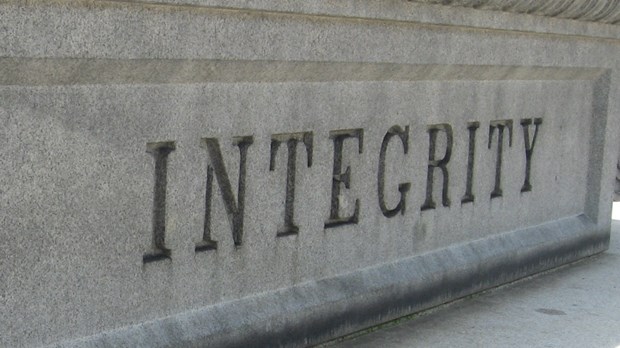 Especially as followers of Jesus.

Christians should have the reputation for being the most truthful people on earth. But we don’t.

Instead, whenever I’m on social media and see a tagline like, ‘This is huge, if true’ linking to a news item, (which, of course, is never true) it’s as likely to have been posted by a fellow Christian as a non-Christian.

The Rise of Fake News

And no, I’m not talking about satire sites like The Onion, Lark News or The Babylon Bee. I’m talking about false stories passing themselves off as true.

Sometimes it’s by sincere people who don’t know they’re passing along questionable information. At other times it’s from intentionally fake sites with an agenda. They want to disrupt and undermine those they disagree with, so they post fake stories to bait people into passing it along.

The church is one of their targets.

And Christians keep taking the bait.

Truth Must Be Our Highest Priority

Christians should be the last people on earth who traffic in fake news. Even unintentionally. The fact that we didn’t know it was fake is no excuse.

Christians should be the last people on earth who traffic in fake news. Even unintentionally.

We need to be rigorous about our fact-checking. In our sermons and our conversations. Online and in person. The integrity of the church depends on it.

This is not a game we’re playing. When the integrity of the church gets undermined, the reliability of the gospel message gets called into question. With devastating consequences. And not just for us. There are eternal lives at stake.

Telling the truth should always be a higher priority than winning an argument.

How To Avoid Passing Along Fake News

If you see a story that gets your blood pumping, but you’re not sure if it’s true, try this simple 4-step process before posting it:

It’s not hard. You can do it on the device you're using right now.

Here’s a hint: if it’s only found on one source, or on a couple off-brand sources that tend to parrot the same viewpoint, it’s almost certainly not true.

Only post news items that you know are true and helpful. Otherwise, swipe left and post a pretty picture with a Bible verse on it instead.

Why ‘This Is Huge, If True’ Never Is

The more huge and out-of-the-mainstream a story is, the less likely it is to be true. Because true stories tend to get covered enough that they stop feeling huge anymore.

Yes, I’m aware that mainstream news has an agenda, too. So there are some stories that have gone under-covered because of that. That’s why it’s important to get our news from multiple reputable sources, not just those that lean our way politically or ideologically.

Just because a story supports our worldview doesn’t mean it’s true. In fact, I’ve learned to become especially skeptical of any story that fits my argument too perfectly.

Why This Matters for Christians

Christians aren’t the only ones that take the bait and get suckered in to promoting fake news and undermining their case. Everyone is susceptible.

So why am I aiming this post at Christians?

And when that cause is the gospel of Jesus, with people’s souls in the balance… well, I get downright ornery about people who undercut the integrity of that – even if they do it with all the right intentions.

Truth Is Our Currency

I don’t care how huge a story is. If it's not true – or even if it might not be true – we as Christians should stay as far away from it as possible.

And please don't respond with "who knows what's true any more?"

As followers of the one who told us “the truth will set you free,” we don’t get to say that.

As followers of Jesus, truth is our currency. Without it, we have nothing.

As followers of Jesus, truth is our currency. Without it, we have nothing.

It's essential to the integrity and believability of the gospel that we are known as truth-tellers, not argument-winners.

Christians should have a reputation for being the most truthful people on earth. Sadly, we're more likely to be seen as just another demographic group willing to say anything in order to get our way.

The Value of Saying Nothing

So, the next time you’re tempted to post or say something you haven’t confirmed from very reliable sources, remember this. It’s okay to say nothing. It’s okay to lose an argument if it means keeping your reputation for truthfulness and integrity.

Remember that winning arguments doesn’t set anyone free. Only the truth does that.

A Matter of Integrity: Why Christians Must Stop ...