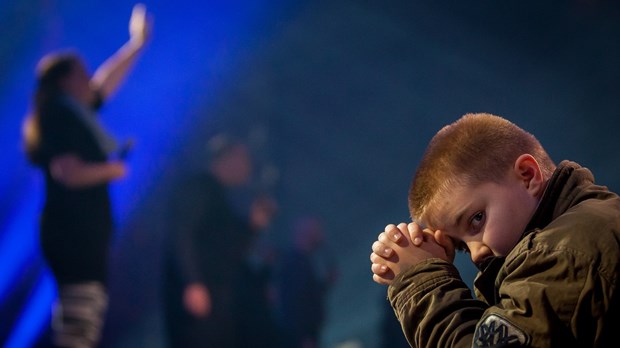 A lot of people are talking and writing about leaving the Christian faith lately.

For many, their reasons are profound and horrifying. I have and will write about those tragedies, but this article is not about that. It’s about others who are leaving for reasons that are far less traumatic.

For instance, there’s been a blog post circulating recently from someone claiming he left the Christian faith because he found the lyrics of one particular worship song to be trite.

I’ve also heard several podcasts in which former Christians talk about why they left the faith. In some of them, the host and/or guest have laughed about Christian clichés and how shallow they are. Not as the main reason they left, but certainly as a contributing factor.

Okay, fine. We do that. I’ve heard my share of Christian clichés and trite song lyrics, too. Both old and new.

But in almost every one of these podcasts, when they started talking seriously about what they now believe, they’re often filled with a new set of banalities.

Instead of going deeper, they’ve often traded clichés like "let go and let God" and "please pray for traveling mercies" for platitudes like "the universe wants you to be happy" and "not all who wander are lost."

And that’s a shame, because I was hoping for more. Over the years I’ve read and heard some great arguments from former believers that have challenged and stretched my faith.

I’ve been left wondering why they stopped following Jesus when there was no apparent gain in the trade-off.

But in so many recent circumstances I’ve been left wondering why they stopped following Jesus when there was no apparent gain in the trade-off.

Clichés You Will Always Have With You

No one can escape clichés. As hard as I try to avoid them, they creep in.

So this isn't about clichés being bad, or even that one person’s clichés are worse than another’s – whether they’re a believer or former believer.

The triteness of Christian clichés doesn't happen because our faith is shallow or academically weak, but because every expression of belief sounds cliché and trite when it's repeated often enough. None of that makes the original, underlying truth invalid.

For example, "not all who wander are lost”, which I quoted above, is a line from a poem in The Lord of the Rings. In its original context, J.R.R. Tolkien used it to express a wonderful truth, which should not be discounted because of its overuse in other, shallower contexts.

Before you leave the faith – or even leave the church hoping to hang on to your faith – look deeper.

Step away from the clichés and pick up the Psalms. If you’re doubting your faith, you’ll discover that you’re not alone. And you’re not without hope, help or sympathy. You’re in some very old, very deep, very imperfect, but honest company.

Find Jesus again. And bask in the wonder of the least clichéd life ever lived.

Then read the Gospels again. Find Jesus again. And bask in the wonder of the least clichéd life ever lived.

Someone who acted without pretense, spoke without equivocation, loved without pandering, and called us to follow his example.

Remember that our faith isn’t in other Christians, in the hymnbook, or even in our own inadequate and far-too-often clichéd expressions of belief.