The 3 Best Times to Bring Needed Change to a Church

Home > 2017 > March
Innovative MinistryMarch 30, 2017
The 3 Best Times to Bring Needed Change to a Church
Healthy churches are always looking for ways to make good things better. They don’t wait for something to break before they fix it.
by Karl Vaters
Read in Multiple Pages 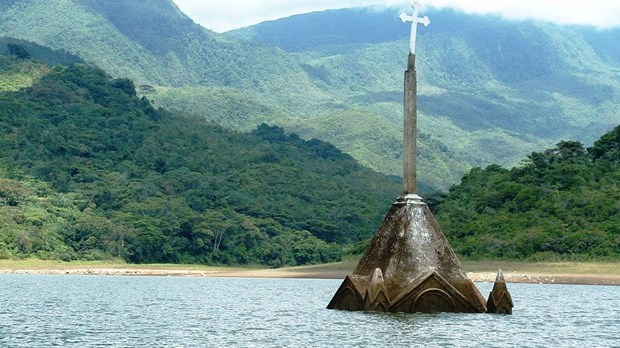 It’s not always easy to fix long-term problems and implement needed changes in a church – especially when old, dysfunctional ways have taken root.

For every needed change, there is a right season.

For every needed change, there is a right season. So how do we know when that season is?

Over the years, I’ve discovered three simple principles that have helped me and my church. They’re found in the following old fable.

The Leaky Cabin – A Fable

A man goes to visit an old friend who lives in a cabin in the woods. By the time he arrives, it’s pouring rain and he’s soaking wet. When his friend answers the door, he jumps inside, glad to get out of the rain, only to find that the cabin roof is leaking and water is dripping everywhere.

The newcomer asks about the leaky roof and all the buckets catching water. “Oh that,” responds the host. “I barely notice it any more. You just get used to the rain in this part of the country.”

“Why don’t we go up on the roof and fix the leaks? I’d be happy to help,” offers the newcomer.

“No,” his friend replies. “It’s dangerous on the roof in the rain. Plus, it’s getting dark. Let’s do it later.”

The man agrees. After a drippy, damp night of fitful sleep, they wake up to a beautiful sunny day. The visitor turns to his friend and says, “hey buddy, let’s grab some breakfast, then get that roof repaired!”

To which his friend responds, “Why? It’s not leaking now.”

How and When to Tackle the Long-Term Problems

That fable is an unfortunate reality in a lot of people’s lives and ministries. When things go wrong, we’re too busy stopping the flood from overtaking us to do any long-term repairs. But when the crisis is over, we forget about the problems and keep on as if everything is fine.

In a previous post, 4 Proven Strategies for the Care and Treatment of an Unhealthy Church, I wrote about how we need to pastor dysfunctional churches differently in the short-term – much like putting out buckets while it’s raining. So, the cabin owner was right when he said the middle of a rainstorm is not the best time to fix a leaky roof.

But when is the right time?

1. As Soon as You See the Problem

The best time to fix a big problem is when it’s still a small one.

The best time to fix a big problem is when it’s still a small one.

If the cabin owner had kept a regular roof maintenance schedule, no one would have lost a moment of sleep from a leaky roof.

Problems that get delayed don’t go away. They get worse. Then they become invisible to us. If the cabin owner’s friend lives there for too long without repairing the roof, he’ll stop hearing the drips, too.

Many church leaders can become like the cabin owner, if we’re not careful. Things get bad, then stay bad, so we get used to it and resign ourselves to living in a broken church because “it rains a lot here.”

The truth is, it rains a lot in every church. Let’s not get used to offering excuses, instead of working on solutions.

You can’t stop the rain, but you can fix the roof.

Long-time members don’t pitch in and help out because they’ve gotten used to it.

Sometimes, the person who sees the problems most readily is the guest. We need to resist the temptation to act like we know better because we’ve been around longer. Fresh eyes can bring a helpful perspective on problems we’ve gotten used to. A wise church leader will listen to new voices and fix leaks they didn’t know they had.

If you’re the new pastor with new eyes, fixing chronic problems requires wisdom. Fix the problems you can. But when you get resistance on other problems, don’t give up. Write them down, then wait for a better season to tackle them.

Right after a crisis, people are much more aware of the need for change. Like the first sunny morning following a storm.

I’ve also heard people say, “God never wastes a hurt.” Instead, he redeems them. If we let him.

Good leaders let the storm pass without causing further disruption in people’s lives. Then they seize the moment on the morning after the storm, so problems don’t repeat.

In addition to recovering from crises, it’s always good to assess every event – especially the big, new ones – as soon as possible after they happen. Get honest feedback on what went well and what could have gone better, before people forget. Then devise a plan to do it better the next time around.

Assess every event – especially the big, new ones – as soon as possible after they happen.

People don’t think as clearly or work as well when they’re in the middle of emotional highs or lows. But there’s a lot of clarity on the morning after the storm passes.

But Don’t Create a Crisis

There are some leadership gurus who would tell you to create a crisis that you can take advantage of. I profoundly disagree with that on many levels.

Life is filled with enough challenges on its own, without us creating false ones. Besides, creating a false crisis is dishonest, manipulative and very likely to blow back in your face when it’s found out. Redeem the hurt, don’t create more.

3. When Everything Is Going Great

When’s the best time to fix a leaky roof? When the roof isn’t leaking.

Healthy churches are always looking for ways to make good things better. They don’t wait for something to break before they fix it. They keep fixing it so that it doesn’t break.

Life will bring unforeseen challenges. Bad things happen to good people – and to good churches. We can’t change that reality. But let’s not add to the difficulties by not fixing the things we can fix.

No, this isn’t easy. When the church is in an up season, no one wants to revisit problems. Especially if the ups are rare. But that’s when they can be dealt with the most easily and honestly.

Just like a healthy body fights off diseases better than a sick one, a healthy church uses its seasons of greatest strength to fix its weaknesses.

The 3 Best Times to Bring Needed Change to a Church