6 Reasons a Leader Never Says "At Least Someone Is Doing Something!"

Home > 2017 > March
Church LeadershipMarch 08, 2017
6 Reasons a Leader Never Says "At Least Someone Is Doing Something!"
It doesn’t matter how much activity you’re generating if you’re not solving the problem.
by Karl Vaters 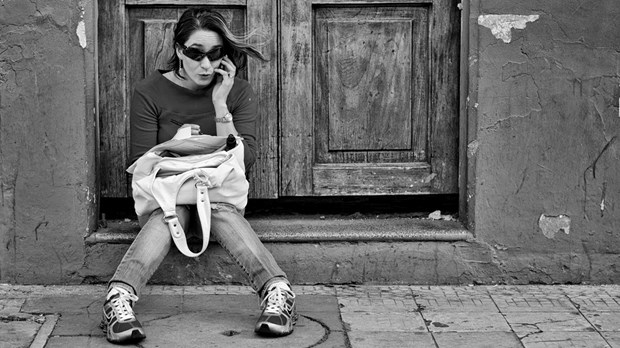 Life is filled with problems.

Some big, some small. Some emergencies, some petty.

When a big problem presents itself, we want somebody to do something about it. Problem-solving is one of the prime roles of a leader, after all.

So, whether it’s in our families, our churches or our nation, when problems arise, we prefer a flurry of activity to silence and stillness. We’re happy just to see some kind of action.

But “at least someone’s doing something!” is never a solution. And it’s a sentence that should never pass through the lips of a leader.

Here are six reasons why ‘doing something’ is never an adequate leadership strategy.

1. Doing nothing is better than doing the wrong thing

When we act on a problem without slowing down to assess it, we can make it worse instead of better.

But we jump in anyway. Because of pride.

After all, my actions can’t possibly make it worse, right?

It’s pretty arrogant to think that anything we do is necessarily going to make the situation better. Which reminds me of another sentence no leader should ever say. Namely, “whatever they do, it can’t be any worse than it is right now.”

If history has taught us anything, it’s that things can always get worse.

When we don’t know what to do, a good leader has the courage to do nothing – for now.

When we don’t know what to do, a good leader has the courage to do nothing – for now.

2. Some problems fix themselves

This was one of the hardest lessons of my early ministry years.

I would get an emergency call and jump right on it. Not because I knew what to do. Not even because it was really an emergency. Just because the voice on the other end of the phone sounded loud and desperate.

I’ve learned that jumping in to fix people’s problems can create bigger problems – like a co-dependent congregation with me as the enabler.

Sometimes, allowing even a few hours for emotions to settle can result in situations reaching a resolution without my help at all.

We’re not as indispensable as we’d like to think.

3. Going slow in the right direction is better than going fast in the wrong direction

I hate sitting in traffic.

I’d rather be zipping through side streets than plodding on the freeway. (And I live in southern California, so it happens a lot).

But I’ve had to learn that, just because I’m moving fast doesn’t mean I’m getting any closer to my destination.

Jumping in to ‘do something’ might feel good at the time. It might even make you seem heroic for a while. But it doesn’t matter how much activity you’re generating if what you’re doing isn’t solving the problem.

4. It’s hard to be active and thoughtful at the same time

While we’re busy doing ‘something’, we’re always robbing time and energy from better things. Like thinking, planning and listening.

We need to be careful not to criticize leaders who aren’t as busy as we think they should be. What seems like passivity might be very active listening, thinking, praying and processing.

Ten minutes of thoughtful prayer and planning can save an incalculable amount of time, money and energy.

If you can’t answer the ‘why?’ question, you’re not leading. No matter what position you’re in or what title you hold.

6. Waiting on the Lord requires a lot of waiting

Leadership and problem-solving should never be all output.

When that happens, we find ourselves trying to solve everything under our own strength and in our own wisdom.

According to the prophet Isaiah, “in quietness and in confidence shall be your strength” (30:15) and “they that wait upon the LORD shall renew their strength” (40:31).

Even (especially) in the biggest times of crisis, we need to pause in prayer, reflection and waiting on the Lord.

After all, no one ever renewed their strength or their wisdom by staying busy.

6 Reasons a Leader Never Says "At Least Someone Is ...