Why Some Great Churches Never Impact Their Community

Home > 2017 > May
Church & CultureMay 25, 2017
Why Some Great Churches Never Impact Their Community
Your church has the world's greatest treasure. Don’t hide it behind layers of misdirection and insider lingo, daring people to find it.
Karl Vaters 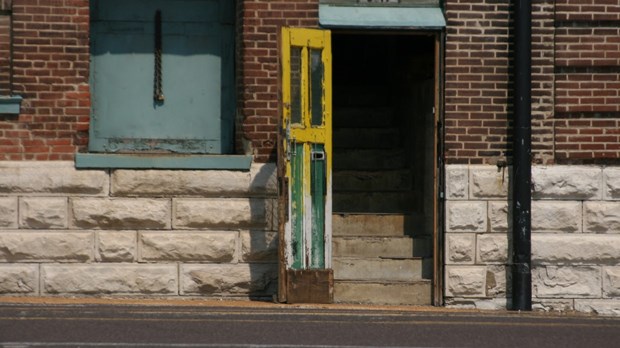 Several years ago I had the privilege of being in a great church service on a trip away from home.

The worship was dynamic, the people were friendly, the message was biblical and engaging, the sense of the presence of God was genuine.

As I drove away, I thought, “What a great church! I feel filled-up and ready to take on the week! It’s a shame they won’t have any impact on their community – not if they keep doing things the way they're currently doing them."

Why would I think that if the church was as great as I described?

Everything the church did was inward-looking not outward-reaching.

Because everything the church did was inward-looking not outward-reaching.

(This post has generated a lot of feedback. For my response, read my follow-up post, Why Was I So Hard On That Church I Visited?)

They had half the recipe right. The half that will keep insiders happy, even growing in their faith. They were doing the Great Commandment.

But they were missing the other half. The Great Commission. The half that reaches out to a community that could use a large dose of what they were offering.

In fact, not only did they show no evidence of reaching out, they were making it very hard for anyone who wasn’t an insider to get connected.

Welcome, If You Can Find Us

For starters, I drove past the church twice without seeing it. It was tucked in behind a grove of trees, with only one old, small sign on the street. And it was being consumed by the forest. When I asked about it, I was told, “everyone knows where we are.”

After driving in, I pulled into what I hoped was a parking spot, then wandered around a peeling-paint building until I tugged on what I thought was the front door, only to find it locked. Again, “everyone” was supposed to know where the front door was.

Once I got inside, pushing my way past friends chatting in the doorway, the people were warm and welcoming.

During the service, they did several things that were unique to their worship style, without any explanation about why they were doing it. Even though I was familiar enough with this type of church to know what was going on, without an explanation even I was taken aback a couple times.

They used insider language – language I understood, but most newcomers would not.

And that’s a shame. Because the meat of the service – the worship, preaching and fellowship – was done really well. But almost no one else in their community will ever know about it.

Get Your Light Out From Under That Basket!

That church didn’t need to change a thing about how they worshipped, taught or greeted me as a newcomer – once I made it into the building, that is.

But they needed to add something.

Some call it marketing, advertising or branding.

I’m not a fan of those terms. They’re the language of business, not ministry.

They needed to do a better job at making a first impression.

But whatever you want to call it, they needed to do a better job at making a first impression.

To use the language Jesus used, they were keeping their light under a basket – their salt in the shaker.

When most church writers and speakers tell churches they need to “change or die”, this is what we mean.

Trim the trees, paint the building, add some signage, and greet your guests at the door – if not before they reach the door.

Explain the parts of the service that others may find odd or confusing.

Go out into the neighborhood. Engage the community. Let them know you care enough to be in their world instead of wondering why they haven’t entered your world – when you haven’t even put out a welcome mat.

“If we preach the gospel, people will come” is naïve.

Your church has the world’s greatest treasure. Don’t hide it behind layers of misdirection and insider lingo, daring people to find it.

Jesus went where the people were. He called them to follow. He explained hard-to-understand concepts in easy-to-understand words.

He made the onramp easy – even though discipleship was hard.

And he told us to do the same.

(Click here to read my follow-up post, Why Was I So Hard On That Church I Visited?)

Why Some Great Churches Never Impact Their Community