Sorry, Pastor – Numbers Are NOT People

Home > 2017 > October
Church GrowthOctober 16, 2017
Sorry, Pastor – Numbers Are NOT People
Church metrics can be helpful. But only if we use them wisely. And hold them lightly.
Karl Vaters
Read as Single Page
Page 1 of 2 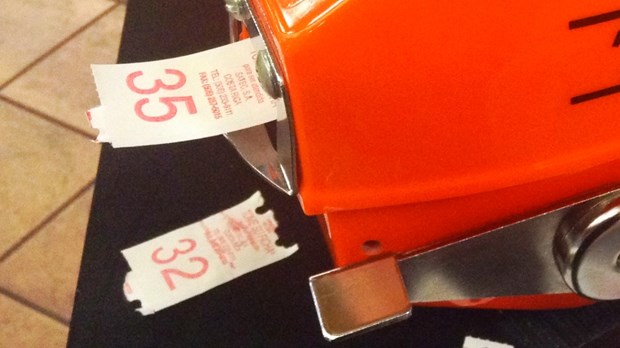 Numbers matter at our church because every number is a person.

I don’t doubt that most pastors who say that mean it. And they truly do care for people. But numbers are not people and people are not numbers.

Most businesses are figuring this out, so why are huge sections of the church so far behind on it?

At Starbucks, when I stand in line waiting for my coffee, I don’t have to remember a number any more. They may say my name wrong half the time, but even when they call me “Car” (yes, that happened recently) it means they’re trying. A number means they’re not.

Even my phone and TV have figured this out. I don’t dial a number, I say a person’s name. And I have no idea what channel my favorite TV shows are on – if they’re even on a channel. I enter the name of the show into the search bar, and voilà! there it is.

Too many pastors are hanging on to the increasingly antiquated notion that every number is a person and vice versa.

But too many pastors are hanging on to the increasingly antiquated notion that every number is a person and vice versa.

Numbers Are A Stand-In

Certainly, church metrics can be helpful. But only if we use them wisely. And hold them lightly.

At best, our attendance numbers are like the old-school number machines at the deli. They can increase efficiency when we’re selling bratwurst, but they’re not effective when we’re dealing with the deepest parts of people’s lives.

Some pastors are numbers-oriented. They don’t just pay close attention to attendance numbers, they can cite stats from their favorite sports team from a decade ago. That’s fine. But that’s not how most of us do ministry.

We need to stop treating pastors who don’t have a numbers orientation like they’re failing if they can’t quote their church’s stats off the top of their heads.

I can’t remember numbers that way. Not for anything. I retain ideas, stories and moments with people far more than numbers.

It’s nonsense to suggest that we can’t pastor a church well without a slavish attention to attendance numbers and small group percentages.

Honor The Reality Over The Substitute

In ministry, the numbers on a pastor’s weekly report often represent a soul saved, a person baptized or another step in someone’s spiritual journey. And that is always worth celebrating.

But we must never forget that numbers are, at best, a representational substitute for people. And a poor one at that. They’re not the real thing.

Sorry, Pastor – Numbers Are NOT People