Yes, Pastor, You Can Deliver A Weekly Sermon That's Better Than A TED Talk

Home > 2017 > September
Church LeadershipSeptember 04, 2017
Yes, Pastor, You Can Deliver A Weekly Sermon That's Better Than A TED Talk
We don’t need another celebrity speaker to dazzle us. We need a humble shepherd who’s willing to be vulnerable.
Karl Vaters
Read as Single Page
Page 1 of 3 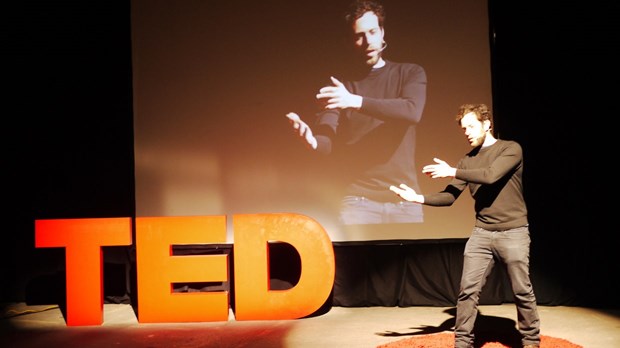 Pastors face a lot of pressure to perform. Some of it, admittedly, is self-imposed.

One of the main places this pressure is felt is in the demand to research, write and deliver a great sermon every week.

In fact, several times in the last few months, I’ve read blog posts that have suggested that every Sunday sermon should be like a TED Talk. Wow. Talk about adding a little extra pressure.

Pastors face enough challenges without being expected to deliver the near-equivalent of a Pulitzer-prize-winning talk every week.

Pastors face enough challenges without being expected to deliver the near-equivalent of a Pulitzer-prize-winning talk every week.

In today’s post, I’d like to do two things for my fellow pastors that may seem impossible to accomplish simultaneously.

But first, let me answer a question that many of you may be asking.

TED Talks are presentations made at TED conferences. They’re delivered by some very high-end experts to a roomful of high-level achievers.

A TED conference is so exclusive that you can’t even attend it until you submit an application with six essay questions for them to evaluate. If you’re deemed worthy to attend, you then have the privilege of paying the $7,500 registration fee. No, that’s not a typo. $7,500 just for the conference registration. It’s $15,000 if you want an upgrade to the VIP package.

TED started over 30 years ago as an acronym for Technology, Entertainment and Design. But it has grown from that into a leading-edge clearinghouse for the latest ideas and innovations.

So how do I, a lowly small church pastor, know about such exclusive things? Because, after they’re delivered, TED Talks are uploaded to the internet where anyone can watch them for free.

After watching and learning from several TED Talks and looking over that list, I agree that TED Talks are great, the rules make sense and everyone who speaks to an audience can learn something from them.

But how can anyone seriously ask pastors to pull off the equivalent of a TED Talk every Sunday? That’s 40-50 TED Talks every year on a different subject every week, for the same people who’ve heard each of the previous talks.

Yes, Pastor, You Can Deliver A Weekly Sermon ...