Home > 2018 > December
Church LeadershipDecember 21, 2018
4 More Church Finance Lessons I Learned The Hard Way
Money touches everything we do, but most pastors haven't been taught as much about it as we should have been.
Karl Vaters
Read as Single PagePage 1 of 3 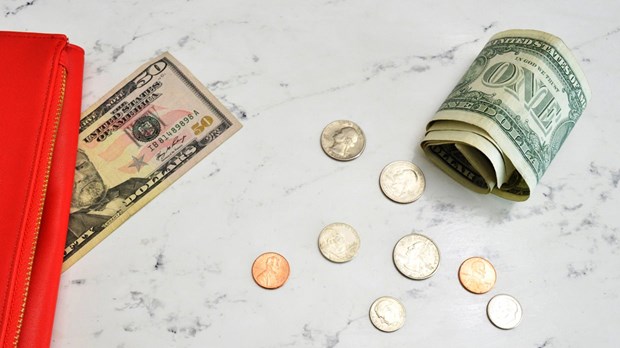 Most pastors get a lot of training before we go into full-time ministry. We learn about theology, preaching, counseling and more.

But the one aspect of ministry that most of us get the least amount of teaching on is one that touches everything we do. Money.

Because of this, most pastors learn about church finances the hard way – by making mistakes as we go along.

In a recent article, I wrote about 5 Church Budgeting Lessons I Learned The Hard Way. Here are 4 more lessons I’ve learned the hard way about church finances:

I don’t want to minister in a church in which people don’t trust each other. And I refuse to work with leaders I can’t trust.

But trusting each other doesn’t mean we shouldn’t put proper financial checks and balances in place.

Trusting each other doesn’t mean we shouldn’t put proper financial checks and balances in place.

For instance, from the moment the offering is received until it is deposited into the bank (or into a sealed bank envelope) no one should be alone with the money.

Not only does this make theft and mishandling less likely, it also reduces the likelihood that innocent people will be accused of impropriety.

Also, if you have an in-house person do the bookkeeping, have a qualified person outside their congregation take a look at the books at least once a year. This keeps the records clean and stops potential problems from being overlooked.

And no, this doesn’t have to cost too much (or any) money. If you’re in a denomination, ask someone in their finance department to go over the books for you. If not, ask the pastor at another church in town if their treasurer or in-house bookkeeper can give your books the once-over. You might be surprised at their willingness to help out.

On two occasions, we’ve had people mishandle our church finances.

I was caught off-guard the first time and it cost us a great deal of money, because I was trusting, but not verifying.

But after putting proper checks and balances in place, when it happened the second time, as painful as it was to be betrayed, we caught the problems early and minimized the damage.

2. Invest In A Sturdy Safe

Then bolt it to the floor. And put the offering in it as soon as it’s collected.

Several years ago we lost an entire offering that we thought had been placed somewhere that no one knew about. But it wasn’t locked and someone found it during the service.