Don’t Just Build A Ministry Platform, Build A Team That Can Support It

Home > 2018 > December
Church Leadership December 12, 2018
Don’t Just Build A Ministry Platform, Build A Team That Can Support It
This may be the biggest reason great ideas die too soon. We’re creating buzz, but we’re not building substance.
Karl Vaters
Read as Single Page
Page 1 of 2 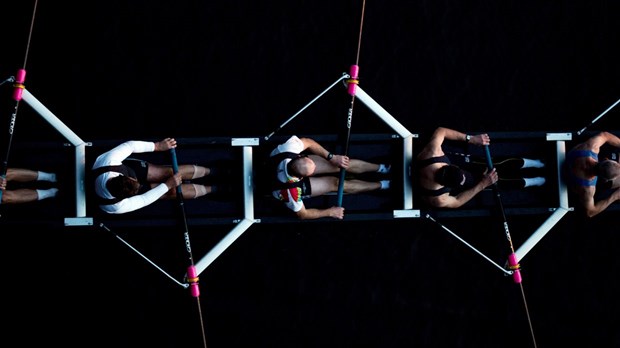 If you have a message, idea or product you want the world to know about, there’s never been a better time than right now to build the platform for it.

Technology has enabled anyone, anywhere to take an idea (it doesn’t even have to be a good one) and make it available to everyone, everywhere.

At the press of a button.

While sitting in your living room.

Because of this, it’s easy to have an unbalanced approach to creating and promoting a new program or idea.

The biggest mistake we make? Sinking all our energy into using technology to build a platform, while shortchanging the necessity of building a team to sustain that platform.

But building that team is as important as it’s always been. Maybe more so.

This happens in the church, too. Someone comes up with a great idea for an outreach, a sermon series or an event, and the first step we take is to start thinking of ways to promote it.

We create graphics, shoot videos, and bombard social media with the images. But in too many cases we’re promoting something that doesn’t have the team to sustain it.

Ideas Are Easy, Teams Are Hard

This may be the biggest reason great ideas die too soon. We’re creating buzz, but we’re not building substance.

Why do we do this?

Because buzz is fun. It’s fast. And technology has made it easy.

Team-building is hard. It’s slow. And even with the best technology and creativity in the world at our disposal, it takes the long-term, old-school application of high-commitment people-skills to build and sustain a strong team.

Everyone can have an idea. Anyone can create buzz for that idea. But only the few who are willing to take the time to slow down, think things through, recruit willing and able people, and implement a team strategy, will create something that lasts.

That’s what Jesus did, after all.

Jesus had the best idea anyone has ever had. But his disciples wanted a share of the power (Mark 10:37), his brothers wanted him to show off his miracles in Jerusalem (John 7:3-6) and the crowds wanted him to do that cool feeding 5,000 thing again (John 6:26).

In other words, they wanted him to create some buzz and build a platform.

Instead, he built a team. He took the time to find some untrained recruits, walk them through what was expected of them (both by his example and his words) and send them on a test-run, followed by a debrief (Luke 10). Then Jesus sent them a coach (the Holy Spirit) who would keep the team together and motivated after he was no longer with them.