Home > 2018 > December
Church Leadership December 24, 2018
Jethro, Moses And The Hands-On Pastor
In a smaller church, we can’t equip others to do hands-on ministry unless we’re hands-on ourselves.
Karl Vaters
Read as Single Page
Page 1 of 2 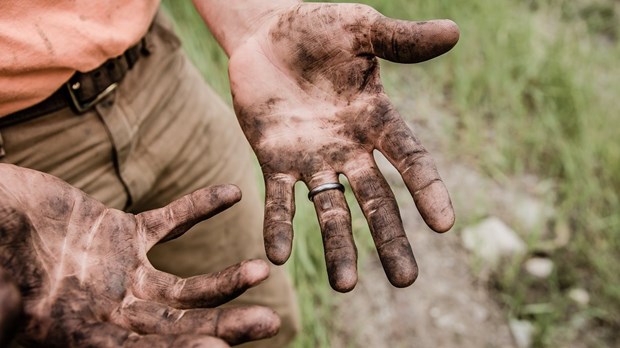 If you want a church to grow, you need to become less of a hands-on pastor.

That’s what I’m constantly told. But it’s not entirely true. At least not for most congregations of a typical size.

The go-to Bible passage most church leaders use for this idea is the story of Moses and his father-in-law, Jethro in Exodus 18.

When Jethro saw how much time Moses spent judging every petty dispute among as many as 2 million ex-slaves, he suggested a system of under-shepherds for groups of 10, 50, 100 and 1,000. This way, only the most difficult cases came to Moses.

That’s a wonderful model for leading massive groups, which is why Moses adopted it and the Bible tells us about it. Churches of 500, 5,000 or 50,000 can practically cut-and-paste Jethro’s method onto their church leadership template.

But Jethro would not have suggested that model if Moses had been leading 50-100 people – as in the average church size.

One of the reasons we know that is because Jesus never suggested any version of Jethro’s model for the early church. Neither did Paul or any of the early church leaders.

Every pastor needs to delegate the work of the church to as many people as possible, no matter what size the church is.

It’s a vital element in developing a healthy church and discipling the congregation. And it’s something that most small church pastors admit we aren’t doing as well as we could – certainly not as well as we’d like to.

When you’re pastoring a small church, the Jethro model, while helpful, requires some serious adaptations.

But when you’re pastoring a small church, the Jethro model, while helpful, requires some serious adaptations. And those adaptations are not easy to come by.

Moses was a shepherd. That was his heart and his occupation. He didn’t make the shift from shepherd to manager by choice, but out of necessity. And with some helpful guidance from someone who had significant leadership experience as a priest of Midian.

We’re sometimes told that, if want our church to grow, we need to become managers. I think that’s backwards.

One of the dangers of promoting big- to megachurch as the standard, is that we’ve led a generation of ministers to believe that delegating leadership means not being accessible to your congregation. And that such a lack of accessibility is an ideal to strive for. It’s not.