Leading A Church Through Difficult Times: A Lesson From “The Most Bombed Hotel In The World”

Home > 2018 > February
Innovative MinistryFebruary 24, 2018
Leading A Church Through Difficult Times: A Lesson From “The Most Bombed Hotel In The World”
After almost 2,000 years of attacks from without and within, the fact that the church continues to not just survive, but thrive is nothing short of a miracle.
Karl Vaters
Read as Single Page
Page 1 of 3 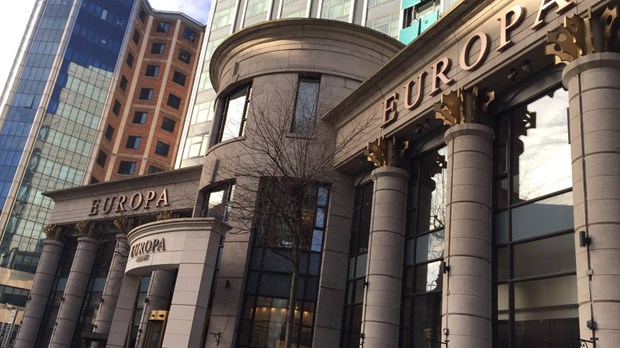 Leading a church is often a lesson in managing and overcoming frustration. Hopefully not all the time. But there are those seasons...

This week I’ve learned a great lesson about triumphing over extreme difficulty and frustration from a very unlikely source – a hotel my wife and I are staying at that’s known as “The Most Bombed Hotel In The World.”

Leading a church is often a lesson in managing and overcoming frustration.

If you Google that phrase (or click here where I’ve done it for you), you’ll read about the Hotel Europa. We’re staying here courtesy of the Presbyterian Church of Ireland who we’ve come to encourage this week.

Thankfully, the hotel hasn’t been bombed since 1994, so we’re very safe here. It’s a beautiful building in the heart of downtown Belfast, and it’s an unexpected blessing to stay in such a nice hotel. Plus, I got to learn something new.

First, let me give you a little history of this hotel, then I’ll share what it can teach us about managing difficulties as church leaders.

The Europa Hotel was built in 1970 and opened in 1971. It suffered its first bombing while under construction.

The reason they bombed this hotel so much? Because it was where journalists who covered The Troubles stayed, so they knew it would make the news.

In researching the history of this hotel (where I sit as a write this article) I learned there are three possible ways to deal with chronic attacks. And I believe they apply as much to emotional and spiritual attacks as they do to actual physical bombings.

(This is in no way meant to diminish the horror of dealing with actual bombs, of course. However, it is important to note than in all those attacks not one person was killed or seriously injured, which makes me feel better about using this story as an example.)

Option 1: Close it down

A recent article in The Irish Times about the Europa begins with this sentence. “It’s nothing short of a miracle that the Europa Hotel in Belfast is still standing.”

The same could be said for the church. After almost 2,000 years of attacks from without and within, the fact that the church continues to not just survive, but thrive is nothing short of a miracle.

Jesus said he’d build his church. And despite everything that has been done to stop it, the church will never die.

Leading A Church Through Difficult Times: A Lesson ...