Home > 2018 > June
Church & CultureJune 12, 2018
Has The Rise Of Megachurches Elevated Our Communities?
Communities with successfully growing churches should be feeling the impact of those churches on their overall culture.
by Karl Vaters
Read in Multiple Pages 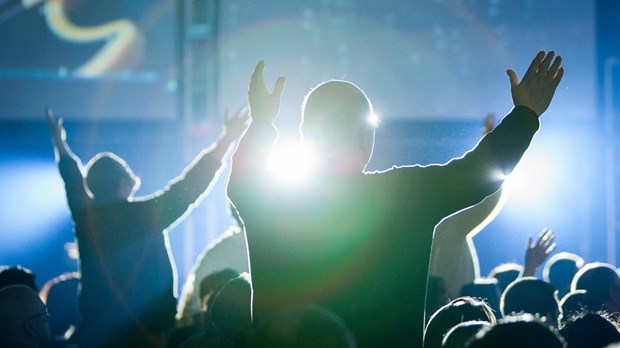 For over 25 years I’ve lived and pastored in Orange County, California.

In the last 50 years this county has experienced as much megachurch success as anywhere else on earth. We’ve given birth to the Crystal Cathedral, Calvary Chapel, The Vineyard, TBN, Saddleback Church and many other megachurches and ministries. We haven’t just grown a lot of megachurches, we’ve started mega-movements.

So if there’s anywhere on earth where the overall moral and spiritual climate should be higher now than it was 50 years ago, it’s Orange County, where we have so many successful stories of church growth.

But has Orange County become a more church-going place in the last 50 years? A more Christian place? A more moral place? A more godly place?

You don’t need to live here to know that the answers to those questions are “no”, “No”, “NO” and “you aren’t seriously asking me that question, are you?”

Instead, it’s obvious that the culture of our county (and maybe our country) has been more impacted by Disneyland than by all our churches combined. Including the church I pastor. Sadly, the cultural influence of our churches probably even lags a little behind TV shows like “The OC” and “Real Housewives”. (Incidentally, I’m married to a real housewife of Orange County. That show ain’t it.)

Shouldn’t the moral and spiritual climate be rising in the communities where megachurches are thriving?

If individual congregational growth is as important as we’re told it is, shouldn’t the moral and spiritual climate be rising in the communities where megachurches are thriving?

But that’s not the case. Not in my county. And not in other regions experiencing megachurch growth.

This probably sounds like an indictment on megachurches, but it truly isn’t meant to be. It’s simply a reality we need to be aware of and take seriously.

Who’s Changing the Culture of Our Communities?

Most megachurches have done great ministry in their communities. They’ve led people to Jesus, fed the poor, mended marriages, helped recovering addicts, and so much more. It’s likely that the spiritual and moral slide of their communities would have been faster and steeper without the influence of good, healthy churches, both large and small.

But is there any region on earth where the rise of megachurches has elevated the moral or spiritual climate of its surrounding culture?

There may be some. I hope there are. But I don’t know of any.

Has someone done a study on this that I’m not aware of? If so, I’d love to know the results. If not, maybe this post will spark someone to do one. After all, one of the primary tenets of the church growth movement is that churches that reach their communities will grow. If that’s true, then the flip-side must be true, too – communities with successfully growing churches should be feeling the impact of those churches on their overall culture.

If we don’t have an answer to this, isn’t it important to find out? As my church growth friends like to say, “If you mean it, measure it.”

We have to stop making assumptions and find out what our relentless drive for numerical congregational growth really costs and what it’s actually worth.

What Kinds of Churches Impact a Community?

It doesn’t matter that our church impresses other pastors if it’s not impacting our own neighborhood.

It doesn’t matter that our church impresses other pastors if it’s not impacting our own neighborhood.

So what is the best way for a church to impact their community for the better? The evidence from my county suggests that the answer isn’t merely building bigger churches.

I am not blaming megachurches in any way for the cultural slide of our culture or my county. After all, our church has been in this county for over 50 years, too. None of us has an exemplary record on this issue.

I’m merely asking sincere questions, even if I don’t have answers for them. But these questions matter, because without them we won’t be keeping our eyes open for the answers.