Home > 2018 > June
Small Church MinistryJune 06, 2018
Small Churches, Leadership And Culture: Karl Vaters Interviews William Vanderbloemen
"You are the green berets in the Kingdom. You're on the frontline. You're doing the job that is often thankless but is perhaps most important."
Karl Vaters
Read in Multiple Pages 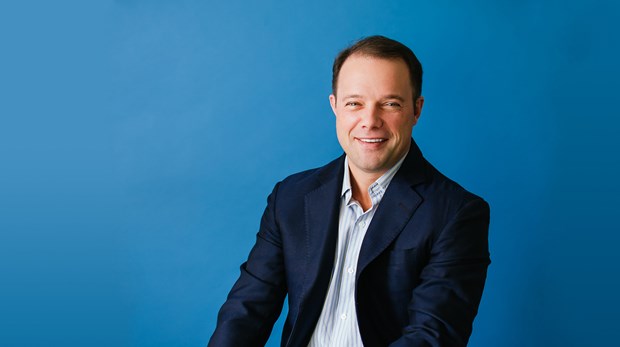 William Vanderbloemen is the CEO and Founder of Vanderbloemen Search Group. a recruitment and consulting firm for churches. Previously, he served as the senior pastor of First Presbyterian Church of Houston. Recently, William interviewed me for his podcast and I interviewed him for this blog post.

In this interview, William expresses his appreciation for small churches and their leaders, talks about the importance of a church’s underlying culture (from his new book, Culture Wins), and offers some great insights from his experiences with hundreds of churches of all sizes.

Karl Vaters: You work with churches of all sizes. For many people, the advantages of big churches are obvious. What strengths do small churches have that they should lean in to?

William Vanderbloemen: Small is a four-letter word. People talk about small churches, and they don't remember that what they mean by saying small is actually the average, normal church in the United States, with 100 or 150 people gathering on a weekend. One of the major strengths this type of church brings to the table is they are much more resilient to a change in leadership than a large church.

Resiliency is a huge strength for small churches.

Another great strength of the small church or normal church is that normal churches can gather around one or two specific causes, own that cause, and then make a significant difference in its city. We have a normal-sized church here in Houston who has made it their mission to own the business of feeding breakfast to homeless people. Everyone in the city knows it, but it's not because it's a big church. It's because they're small enough to have their entire community wrap their arms around one common cause.

KV: What challenges do small churches face that are different from big ones?

WV:Think of the church as an industry: it’s the Bride of Christ. For the last few years, there’s been a dynamic developing within every sector of the United States labor force, and it is starting to happen in the church, too. It’s this: big things are getting bigger, and small things have to become more boutique.

If you look in the industry of law, attorneys who are in smaller firms have to specialize. Meanwhile, big firms are buying up other firms, and big firms are getting much bigger. Small firms better figure out how to become boutique. To translate this to the church world, the same is happening between large churches and the “normal” small church we talked about earlier. The real no man's land is the in-between, the mid-sized church. For me, the variables of being a mid-sized church cause more fear or nervousness about what’s next for them, than the variables of being a normal-sized or small church do.

As I said earlier, normal-sized churches can gather around a common cause. Becoming “boutique” around a particular focus may even lead to growth. The church I attend is one of those. It was a normal-sized church for a long time, and the vast majority of their mission portfolio is providing clean water in parts of the world that don't have it. Now, the church has services with an average of 3,500 people on a weekend. Their focus on missions may not be the reason for that growth, but we gathered around a common cause and stuck to it.

KV: You specialize in helping churches find the right pastor or pastoral staff member. What's your advice for smaller churches that can't pay a pastor full-time, if at all?

WV: I don’t think rural smaller churches that can't afford a full-time pastor have to reinvent the wheel here. There is a pattern. It used to be in the Methodist Church that a pastor would pastor three or four parishes and circuit ride between them or among them. Maybe it's time for smaller churches that are not necessarily connected by denomination to share a pastor.

Maybe it's time for smaller churches that are not necessarily connected by denomination to share a pastor.

In my experience, if there's one trend in staffing, it's that people are paying more money for fewer people. In other words, larger churches are hiring fewer people, but they're much more talented and much more well-compensated people than in the past.

Maybe smaller churches could learn from that. Perhaps they could say, "Instead of trying to find someone who we can get by with who is part-time, why don't we share a really great full-time pastor with a congregation 15 or 20 minutes away?" It might be a way for small churches to become multi-site overnight.

KV: Vanderbloemen was awarded first place in the Small Company category in Entrepreneur.com's Top Company Culture list in 2015. I've always said that three of the biggest principles a small church pastor needs to pay attention to are relationships, culture, and history. Culture is usually the most mysterious of those three. As an expert at creating a great culture, what do you mean by “culture”?

WV: I don't know that anyone is an expert on creating culture. Culture in a workplace or a church already exists. Culture may need to be shaped or maximized, but it's already there.

People talk about the vision of their congregation, and that's what they think God's calling them to do: “We're going there, in that direction. That's where God's calling us.” Culture is how we behave while we're getting there. If you think you don't have a culture, if you're in a church where you've ever heard anyone say, "Well, we don't do it that way around here," you have a culture.

It’s just that a negative perspective has defined culture, so it's not whether a culture exists or not. It's figuring out what that culture is, how do we behave, what's our common set of behaviors as we're doing the work God's called us to do, and then how do we own that and leverage it to do God's work faster and better.

KV: Your latest book is entitled Culture Wins. What does it win?

I'll take somebody who's a cultural fit on our team long before I'll worry about competency. I wouldn't have said that as a younger person. I made some real mistakes hiring people who were super talented, but they didn't match the team, and the cultural fit wasn't there.

I'll take somebody who's a cultural fit on our team long before I'll worry about competency.

The second meaning of the title is the book is full of stories about where culture is winning in the organization. I think back to the story of the Tower of Babel. God looks down from the heavens and at the people building a tower going all the way up to heaven. God says to the angels around him, "You know, if those people all worked together, there's nothing they can't do," so he dispersed us with different languages. Humanity was misbehaving, and he got us back in line. However you want to interpret the story, the truth is still there.

If you can get a group of people who are all working with the same set of behavior values and pulling in the same direction, there's really no limit to what a local church can do, regardless of their size.

KV: Chapter 3 of Culture Wins is entitled, "Our Kind of Crazy," (which reminded me of chapter 5 in Small Church Essentials, "Why Is My Church So Weird?"). In it, you wrote that a church’s culture doesn’t come from the pastor, like Moses with the Ten Commandments, but they’re “embedded in your people. It’s your job to figure out what those values are and work with your people to articulate them.” What challenges do small church pastors face in understanding what their church culture is? What are some key steps they can take to help turn a culture from unhealthy to healthy?

WV: Culture Wins is geared towards staff cultures. However, in a smaller church the staff is sometimes a part-time person or one person, and maybe they have some key volunteers. I think building a culture for your workforce is hard if you don't have a workforce.

If small church pastors can start to think about that inner ring of their church who really makes the place work as a staff, then they would begin to see a change in behavior.

The book could help them if they see that 10 percent as “staff” rather than just church members.

KV: What else would you like to say to small church leaders?

WV: You are the green berets in the Kingdom. You're on the frontline. You're doing the job that is often thankless but is perhaps most important. The majority of America goes to your kind of church, and I'm only guessing how lonely it can be. Please know people are pulling for you and praying for you. What you do really, really matters.