Yes, Our Church Still Calls It Easter – Here Are 5 Reasons Why

Home > 2018 > March
Church & CultureMarch 19, 2018
Yes, Our Church Still Calls It Easter – Here Are 5 Reasons Why
The word "Easter" is commonly believed to have pagan roots, but many scholars are making some strong arguments that this may not be so.
Karl Vaters 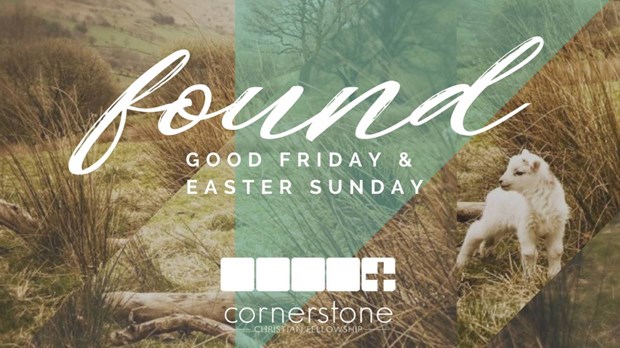 Wouldn’t it be great if Easter wasn’t called Easter? If everyone knew it as Resurrection Sunday instead?

Our church uses both terms. But, as you can see in the artwork above, Easter is our church’s go-to term, not Resurrection Sunday. Especially when we invite people to join us.

Easter is our church’s go-to term, not Resurrection Sunday. Especially when we invite people to join us.

But before you criticize us for it, I hope you’ll hear me out.

Here are five reasons we call it Easter:

Years ago, I asked a neighbor if he’d like to attend our church for Resurrection Sunday.

He wasn’t buying it. A church that didn’t celebrate Easter seemed like a cult to him and he wanted no part of that. No matter what we called it. Or why.

No, I don’t take my theological cues from nonbelievers. But this wasn’t about theology. It was about a language barrier.

2. Easter Is An Open Door

Easter Sunday is the biggest day of the year for most churches. (But not all. Click here to read Overcoming The Small Church Easter Sunday Blues.)

More unchurched people go to church on Easter than any other Sunday of the year. It’s also when they’re more likely to make real commitments to Jesus than any other day.

Why would I close that door by using a term I have to interpret?

3. Using The Word Won’t Tempt Anyone To Worship Pagan Gods

The primary argument against using the term Easter to celebrate the risen Christ is that the word may have pagan roots. (Or it may not. More on that in Point 4).

4. Easter May Not Be Pagan After All

The origin of the word Easter is obscure. It’s commonly believed to have pagan roots, but many scholars are making some strong arguments that this may not be so. Anthony McRoy in his ChristiantyToday.com article, Was Easter Borrowed from a Pagan Holiday?, claims there’s plenty of reason to doubt what has come to be considered common knowledge.

The ongoing turmoil over Easter’s supposed Babylonian etymology may all be based on some sloppy scholarship.

In another well-researched paper, Why We Should not Passover Easter, Nick Sayers claims that root of the word Easter is Tyndale’s translation of the word Passover. In fact, according to Sayers, the ongoing turmoil over Easter’s supposed Babylonian etymology may all be based on some sloppy scholarship by Alexander Hislop, a 19th century anti-Catholic conspiracy theorist who “boldly claimed Easter was pagan, but offered little proof.”

In another article, Roger Patterson claims that Easter comes from auferstehung – a German word meaning … wait for it … resurrection.

A while ago, I watched as a friendly Facebook conversation among pastors turned into a theological battle. All because one pastor insisted that any church using the term Easter was compromising with paganism.

After watching the back-and-forth battle escalate, I clicked on the instigator’s name to read his Facebook page. On it, he describes his church as “one of the few churches that actually preaches the cross.” So maybe we should be more worried about pride than paganism.

How many people have turned away from the church and the message of the resurrection, not because they reject Jesus, but because they can’t see him clearly through the fog of churches and ministers claiming a false moral superiority while causing divisiveness over petty issues?

If you prefer Resurrection Sunday, that’s great. Keep using it. But don’t condemn churches that call it Easter.

Celebrate Jesus and his resurrection this Sunday and every day. And work alongside others who celebrate it with you – no matter what they call it.

Yes, Our Church Still Calls It Easter – Here Are 5 Reasons Why