Pastoral Transition: Why Change When You Don’t Have To? 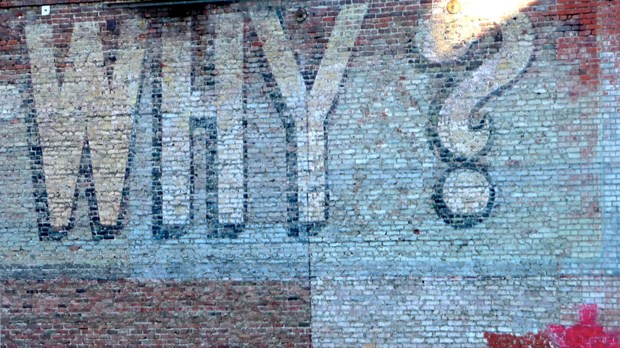 Yesterday, I was back in my home church after being gone for a month doing conferences and taking some vacation time with my wife, Shelley.

We’ve taken time away before, of course, but this time it was different. Because when I came back yesterday, for the first Sunday in over 25 years, I wasn’t the lead pastor any more.

I didn’t oversee yesterday’s service. I wasn’t responsible for coordinating the staff and volunteers. I don’t even have an office. But I got to participate in the celebration of installing my former youth pastor as our new lead pastor.

It felt different. And welcoming. And awkward. And wonderful.

In the past couple months since announcing and writing about our pastoral transition (click here to read other posts in this ongoing series), I’ve been asked a lot of questions, but most of them start with the same word.

Why would you step aside from leading a church you love? Why would you hand it over to someone else? Why are you staying on staff as teaching pastor instead of leaving to pastor another church?

If pastoral transitions are risky (and they are), it’s better to do them when we’re strong and prepared than when we’re broken and vulnerable.

Pastoral transitions are the most dangerous times for churches. Why would anyone, or any church, go through that if you don’t have to?

Because you know it’s the right time to do so.

If pastoral transitions are risky (and they are), it’s better to do them when we’re strong and prepared than when we’re broken and vulnerable.

For instance, last week my wife and I flew home from London. It was an 10½ hour flight to Los Angeles. I have never taken a single flying lesson, but I probably could have sat in the pilot’s seat for the 9 hours in the middle of the flight and everyone would have been fine. Just a little coaching from an air traffic controller, and not one passenger would have known the difference.

But the 45 minutes on each end? That’s a different story.

Pilots don’t spend hundreds of hours training and flying so they can manage the middle of a flight. They do the bulk of that training so they can take off and land safely.

The transitions are where the risk is.

That’s what all the training and practice is for.

In church, as in the rest of life, transitions are the greatest test of our ability and character.

Pastoral Transition: Why Change When You Don’t Have To?