Bigger? Or Better? Yes, Your Church Has A Choice

Home > 2018 > May
Innovative MinistryMay 20, 2018
Bigger? Or Better? Yes, Your Church Has A Choice
“It’s easy to fall into the trap of thinking that if you’re maximizing growth, you’re also maximizing success.” (Bo Burlingham, in Small Giants)
Karl Vaters
Read as Single Page
Page 1 of 3 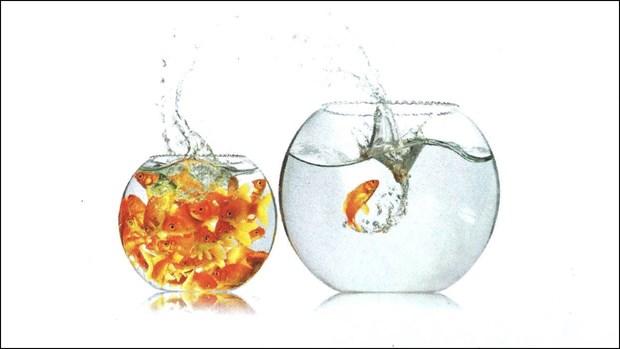 Image: From cover of Small Giants, by Bo Burlingham

That’s been the rule of thumb for businesses, too. And it’s no more true there than it is for us.

Constant growth doesn’t work for the majority of churches or businesses. Yet they can still be successful at what they do.

As it turns out, constant growth doesn’t work for the majority of churches or businesses. Yet they can still be successful at what they do.

This week, I finally got around to reading Bo Burlingham’s Small Giants: Companies That Choose To Be Great Instead Of Big (how could I resist, right?). Written more than ten years ago, it followed 14 companies that chose to limit their growth for a variety of reasons.

Some limited their growth to keep it more personal and intimate, some because a smaller size fit the skills and goals of the leadership, some because they felt it was the best way to maintain quality control, and so on.

But they all had one thing in common — an obsession with making their business better, combined with the belief that staying small was the best way for them to do that.

But how do we keep getting better if we’re not getting bigger? And what does this have to do with church and ministry?

Even if you want your church to grow but it isn’t, you still have a choice about helping the small church you lead become better.

Your Church Has A Choice

Not everything (or even most things) in Small Giants applies to the church world, but what does is quite striking. Let’s take a look at a few of the takeaways from Burlingham’s work that can readily be adapted to what we see in church leadership. (Note: all parentheses are mine.)

“Virtually every mass-market business (church leadership) bestseller … has concentrated on the people in and the practices of large public companies (big churches). … Along the way, we’ve come to accept as business (church leadership) axioms various ideas that only work in those two types of enterprise. …But there are thousands of private companies (small churches) that don’t grow much, if at all, and … they’re often quite healthy.

“What about the concept of ‘getting to the next level’? … The phrase implies that bigger is better. That may or may not be true for public companies (big churches), but it’s demonstrably untrue for a large number of private ones (small churches).” (pgs. xvi-xvii)

What Burlingham notes about businesses is obviously true in the church world. We’ve been inundated with one model for church health and excellence — the one that says the better a church is, the bigger it will become.

Bigger? Or Better? Yes, Your Church Has A Choice