To Spiritual Seekers, Doubters And Abandoners: We’ll Hold A Place For You

Home > 2019 > August
Church & CultureAugust 14, 2019
To Spiritual Seekers, Doubters And Abandoners: We’ll Hold A Place For You
I stand with Jesus because I can find no other ground strong enough to hold the weight of my faith, my doubt or my hope.
Read in Multiple Pages 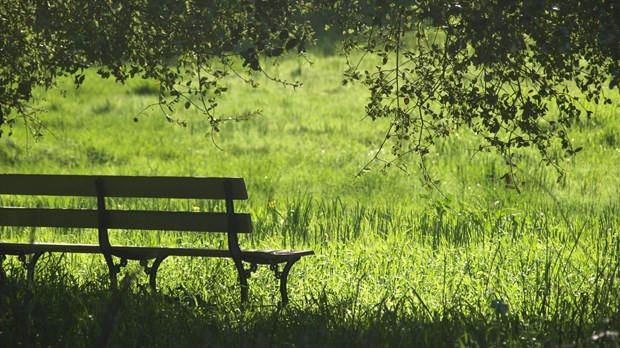 There are a lot of spiritual seekers and spiritual orphans around.

And there are more every day. Including those who seemed to be firm in their faith.

Many long-time believers, even church leaders, are making statements questioning their faith. Others are taking a break from church attendance and religious devotion out of confusion, anger and apathy.

Still others, after having been damaged in unspeakable ways, have outright denounced their faith – if not their faith in Jesus, at least in the church’s ability to properly represent him. Some have left the idea of God behind entirely in an embrace of secularism, agnosticism and atheism. Sometimes in active ways (“there is no god!”) some passive (“don’t know, don’t care”).

When it all adds up, there’s more high profile departure from and uncertainty about faith than I’ve ever seen before.

So, today I have an announcement of my own to make.

I’m not saying this with any sense of pride, superiority or anger. At least I hope not.

Instead, I’m speaking to all the spiritual seekers, abandoners and denouncers to let you know four hopeful realities:

It may seem like there are only two responses to people who have abandoned or questioned their faith. Rejection or acceptance. But I can’t do either one. Because, even though I’m not taking that path myself, I sympathize.

Stepping away from a faith that you don’t sincerely hold is the right move to make.

Stepping away from a faith that you don’t sincerely hold is the right move to make. Truly. The Bible is very clear that a lukewarm faith is worse than a hot or cold one (Rev 3:15). God despises it when we go through the motions even though there’s no active faith behind those motions (Matt 15:8-9).

There have been, still are, and will always be far too many people who retain the outward trappings of faith with no real heartfelt connection to it. So recognizing what you really do or don’t believe, and acting upon that is the right thing to do.

Sometimes, what we think is a step away from genuine faith may actually bring us closer to it than when we were feigning certainty.

But I’ve decided to stay put. Smack in the middle of the bell curve of the Christian faith. Neither fundamentalist nor progressive. Passionate, but not angry. Committed, but teachable.

I believe with all my heart that Jesus was and is God. That he died and rose again. That salvation is through his name. That the Bible is wholly true. And that Jesus is coming again.

To many of you, those beliefs may seem antiquated, unsophisticated and simplistic. To others, they may seem narrow and unbending. To some, they may trigger trauma from times when you heard others claim those beliefs only to live out something horribly foreign to the God of love they claimed to believe in.

But my belief has never been in people who claim to follow Jesus. Only in Christ himself.

My belief has never been in people who claim to follow Jesus. Only in Christ himself.

I stand with Jesus because I can find no other ground strong enough to hold the weight of my faith, my doubt or my hope.

My faith is lived within the church, but it doesn’t rest on the church.

Hopeful Reality #3: I’ll Be Here If You Need Someone

But if, in your seeking or doubting, you need a soft place to land, you know where I’ll be. Right here. Ready to listen, sympathize, pray, hang out, and mourn with you.

And I’m hoping that, even as you explore, seek, question and doubt your own faith, knowing that I’m here, holding firm will help you orient yourself on your own journey.

Finally, I’m not the only person who believes and lives these truths as best I can. There are a lot of us.

Sure, we do it imperfectly. Everyone does everything imperfectly, I suppose. That’s not an excuse, that’s a recognition of our shared humanity.

But there are a lot of us who are sincere and honest about what we say we believe. Our imperfections aren’t lies. They’re part of our own seeking. Seeking to stay and live this faith as honestly, sincerely and helpfully as we can.

So, if you ever grow tired of seeking, wandering and doubting, you can always come back – or show up as a stranger for the first time.

And still loving Jesus. Because he loves us – and you – more than any of us can imagine.

To Spiritual Seekers, Doubters And Abandoners: ...