Home > 2019 > January
Christian UnityJanuary 23, 2019
5 Myth-Shattering Reasons We Have To Change Our Thinking About Church Size
History has regularly shown us that any time we equate bigger with better in the kingdom of God, it leads to problems. Big problems.
Karl Vaters
Read as Single Page
Page 1 of 3 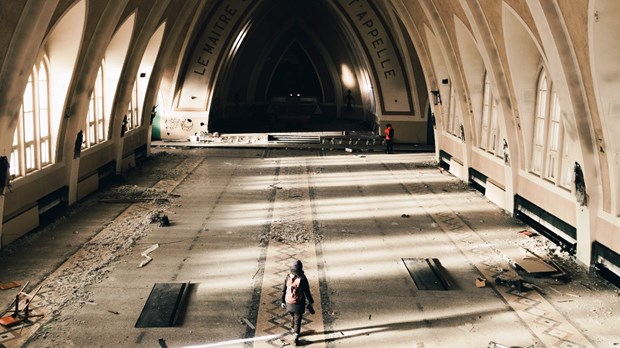 Effective churches exist in all shapes and sizes. Including churches that haven’t grown numerically in a while.

It doesn’t matter if there’s other evidence of health outside the numbers. For too many of us, church size is the primary (or only) factor in determining the health and value of a local congregation.

For too many of us, church size is the primary (or only) factor in determining the health and value of a local congregation.

This thinking is not just mistaken, it’s dangerous. History has regularly shown us that any time we equate bigger with better in the kingdom of God, it leads to problems. Big problems.

Today, there are a handful of unintended consequences that result from the almost universal and seldom questioned assumption that church growth always means bigger churches.

Here are just a few.

1. It Blinds Us To Bigger Issues

Imagine a town in which there are 50 small churches with 5,000 attendees – an average of 100 people per church, with the biggest church at 500 people.

Then imagine that the church of 500 starts exploding with growth. Before long, they have 2,000 people attending.

What if, while that church was booming, the total attendance in all churches in town dropped from 5,000 to 4,500?

That’s not church growth. That’s a problem. Now, the problem may not have been caused by the growing church, but we’re likely to be so enamored with the explosive growth of one congregation that we can miss the actual drop in church growth in the town as a whole.

2. It Hurts A Lot Of Good Pastors

Most pastors are not called to lead a big church. They’re called to do faithful, effective and consistent ministry in a smaller congregation.

But they keep being told they have to grow numerically. So they try. And they fail.

Soon, the pastor who’s called to be faithful is convinced they’re doing something wrong because they’re trying to fix a non-existent problem.

For many, maybe most pastors, a push for bigger numbers doesn’t inspire them to get better, it discourages them from continuing on with the good kingdom work they’re already doing.

5 Myth-Shattering Reasons We Have To Change Our ...